Sophomore Haley Patterson took the Govs’ first shot of the afternoon in the 15th minute, before Prock and Dreas tallied back-to-back shots on net in the 27th and 29th minute, respectively. Sophomore Lindsey McMahon fired her first of two shots in the 37th minute, but it was corralled by Bulldogs’ goalkeeper, Laura, Jansa.

Austin Peay (2-3-3) did not allow an Alabama A&M (2-4) shot in the first half while firing seven shots itself, led by Dreas and Patterson’s pair of attempts.

The Bulldogs’ first shot in the 60th minute was saved by Dion, while sophomore Avryn List blocked AAMU’ next attempt 10 minutes later.

After an Alabama A&M turnover around midfield, graduate student Marli Niederhauser crossed to Prock who was racing inside the right half of the Bulldogs’ penalty box. Prock dashed past a pair of Bulldogs’ defenders and fired her shot past a diving Jansa to secure the Govs’ score.

Alabama A&M fired three shots – with one on target – in the final 15 minutes, but were unable to best Dion and the Govs’ defense.

The APSU Govs secured their first home win of the season in the shutout and enter conference play with a pair of victories. 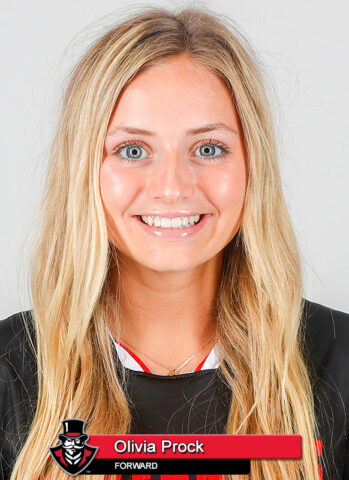 The APSU Govs earned their fourth shutout of the season in Sunday’s win.

The shutout was Austin Peay State University’s 100th in program history. The Govs’ first-ever shutout came in a 2-0 victory against Mississippi Valley State, on September 14th, 2003.

The four shutouts through eight matches are tied for the second-most in that span in program history.

The Governors improve to 9-2 all-time against the Bulldogs, including 7-0 at Morgan Brothers Soccer Field.


The seven home wins against AAMU are tied for the most against a single opponent in program history (Eastern Kentucky, 7-0-2 in Clarksville). 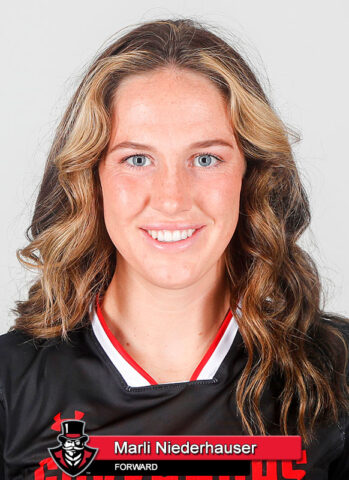 Olivia Prock netted her first goal of the season and second of her career. It was her first since last year’s match against Alabama A&M, September 16th, 2021.

Marli Niederhauser tallied her first point as a Gov with her assist on Prock’s goal. The assist was the third of her career and first since March 27th, 2021 against New Mexico for Utah State.

Prock and McMahon’s two shots on goal were seasons bests.

Austin Peay State University has taken 10-or-more shots in four-straight matches and in six of the last eight matches.

The APSU Govs’ six shots on goal were its second-most of the season, trailing a seven SOG performance against UT Martin, on August 31st.


Dion’s five shots faced were the second-fewest of the season, ahead of only two shots in Thursday’s match against Belmont.

The APSU Govs have allowed two-or-fewer shots on goal three times this season, including in back-to-back matches.

On finishing nonconference with a win… “As a team, we wanted to end nonconference play in a positive direction. Today showed us that we can get the final result we want even if, as a team, we aren’t having the best day. Wins at home are the best too and we look forward to doing it more this season.”

On next week’s Lipscomb match… “Lipscomb is the ASUN favorite, so we will prepare for them. However, I think it will be similar to other games; we’ll develop a gameplan, practice that game plan, watch the film of it and then Saturday, execute it.

On the shutout… “Earning another shutout is huge for us. We had different players in the backline that stepped up for us. It was a team effort and you have to love clean sheets.”