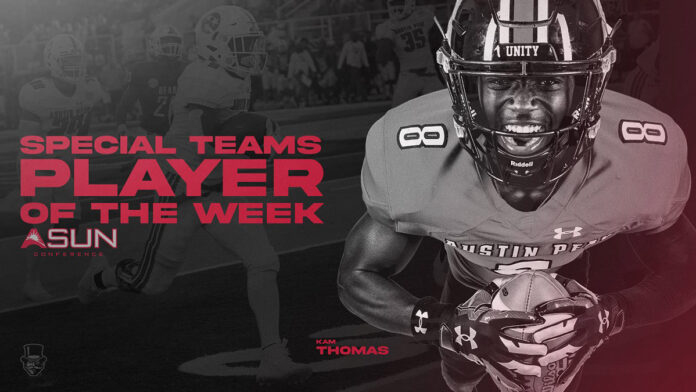 Thomas fielded a punt at the Central Arkansas eight-yard line on the final play of the third quarter and returned it 92 yards for a touchdown. The return is tied for the longest in Division I football this season.

Thomas is the second Governor to earn Special Teams Player of the Week honors this season, joining kicker Maddux Trujillo, who picked up the honors after hitting a pair of 40-yard field goals and going 3-for-3 on PATs in the season opener at Western Kentucky. This is Thomas’ second weekly award of the season, he was also named the freshman of the week after breaking a 33-yard punt return against WKU. 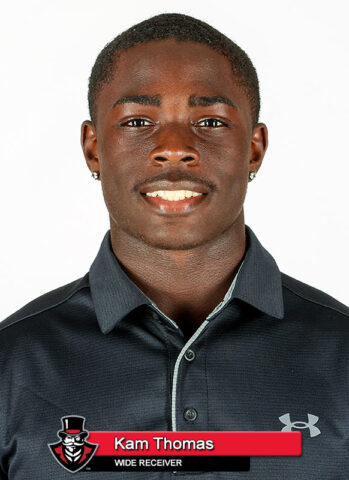 Central Arkansas’ Will McElvain and Demetrias Charles were named the league’s offensive and defensive players of the week, respectively, and Jacksonville State’s Fred Perry was named the ASUN Freshman of the Week.

Austin Peay State University is on a bye for Week 6 but will be back in action when it hosts Murray State in an October 15th, 3:00pm game at Fortera Stadium. The Governors host their annual Military Appreciation Day in conjunction with the game against the Racers.

Single game and group tickets are available online at LetsGoPeay.com/buytickets or by calling the APSU ticket office at 931.221.PEAY (7329). All military members can receive a free ticket to the Military Appreciation Game as well as all of Austin Peay State University’s home football games this season.