Nashville, TN – The Tennessee Titans (6-3) travel to Green Bay this week to face the Packers (4-6) in primetime for the second time in three seasons. Kickoff at historic Lambeau Field (capacity 81,041) is scheduled for 7:15pm CT on Thursday, November 17th.

The Titans and Packers last met on a snowy Sunday night at Lambeau Field on December 27th, 2020. The Packers prevailed 40-14 to narrow the Titans’ all-time lead in the series to 7-6. Although the Titans are 4-3 all-time at Green Bay, they are in search of their first victory there since 2004.

The contest will be streamed on Prime Video. In Nashville, fans can watch over the air on WTVF NewsChannel 5. The broadcast team includes play-by-play announcer Al Michaels, analyst Kirk Herbstreit and reporter Kaylee Hartung.

On phones and tablets, the newly-launched NFL+ subscription service offers access to all local games and all primetime games, live local and national audio for every NFL game, and more.

The Titans Radio Network and Nashville flagship 104.5 The Zone carry all Titans games across the Mid-South with the “Voice of the Titans” Mike Keith, analyst Dave McGinnis, sideline reporter Amie Wells and gameday host Rhett Bryan.

Additionally, Westwood One Sports will broadcast the game to a national radio audience. Play-by-play announcer Kevin Kugler and analyst Ben Leber have the call.

The Tennessee Titans hosted the Denver Broncos last week, and after falling behind 10-0 in the first half, they scored the game’s final 17 points to win 17-10. For the third consecutive season, they have won at least six times in their first nine games.

The Titans defense kept the Broncos off the scoreboard in the second half, totaled six sacks, and got a game-clinching interception by cornerback Terrance Mitchell in the final 20 seconds of the fourth quarter. The six sacks were the most in the regular season since Mike Vrabel became head coach in 2018, and the performance gave the defense six consecutive games with three or more sacks, which is the franchise’s longest such streak since 1979.


After missing two games with an ankle injury, quarterback Ryan Tannehill returned to the starting lineup and passed for 255 yards and a pair of touchdowns to wide receiver Nick Westbrook-Ikhine. Tannehill now has more wins—35 in the regular season and 37 including playoffs—than any other Titans/Oilers starting quarterback in his first four seasons with the organization.

About the Green Bay Packers 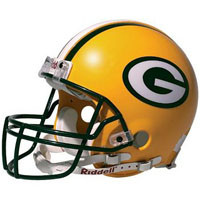 After a three-game road swing, the Packers were back home last week to host the Dallas Cowboys. Despite a 14-point deficit in the fourth quarter, they rallied to send the game to overtime and then used a 28-yard field goal in the extra period to clinch a 31-28 victory. It ended the Packers’ five-game losing streak.

Packers quarterback Aaron Rodgers is the reigning Associated Press Most Valuable Player. He secured the league’s top honor in 2021 for the fourth time in his career and for the second consecutive year. Only Peyton Manning (five) has more league MVP awards in NFL history than Rodgers. In 2022, Rodgers has passed for 2,315 yards and 17 touchdowns with seven interceptions.


Green Bay is led by head coach Matt LaFleur, who was hired to his current post in 2019 after spending the 2018 season as Titans offensive coordinator under head coach Mike Vrabel. In his first three seasons at the helm, LaFleur guided Green Bay to three NFC North titles and 39 wins in the regular season—the most in NFL history by a coach in his first three campaigns.