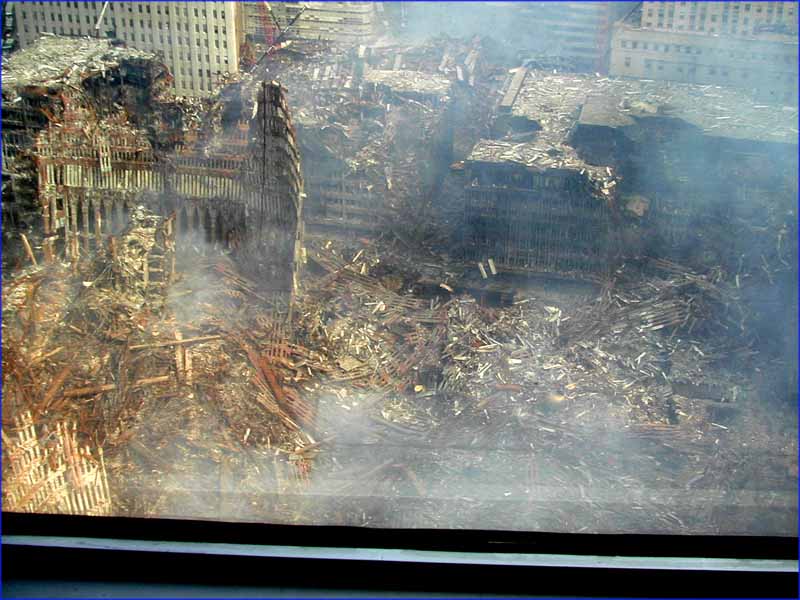 Compared to some people, I was lucky: I wasn’t injured. I kept my job. I got home easily. But compared to the vast majority of Americans, I am a victim. I had glass in my hair. I lost a year’s work, and some irreplaceable items. My family went crazy for a while. My kid had nightmares. You explain to a five-year-old why (in his words) “They crashed into the building on purpose?” or reply to “I thought pilots were good people”.

But I am a victim another way.

They do not speak for me.

But in another way, I do not share this other victimhood. My victimhood is being abused.

They do not speak for me

So, I will post this diary, and I will take action. I will volunteer. I will give money. I will make a difference. This is MY country, this is MY victimhood, and I will not have it abused. I am no martyr; I have no death wish; I hope that no terrorist ever strikes anywhere again. But the founders of this country knew what they were doing. They wanted freedom. They DEMANDED freedom. They put their lives, their fortunes and their sacred honor on the line to win freedom. And now it is reduced to this.

But it is worse even than this; it would be one thing to pay too heavy a price to increase our safety. But we have paid the price for nothing. We have arrested thousands of people, and let them go. We have spied on our own citizens, and found out nothing. We have allied ourselves with torturers, and yet, we are not safe. Indeed, by making our enemies unite, we have made ourselves weaker, and our enemies stronger.

This victim demands an end to the ‘war on terror’ that is really a war on America. Impeach the president.

Peter Flom received his Ph.D. in Psychometrics in 1999 from Fordham University, where he was a Presidential fellow. He was a teaching assistant and later an adjunct professor while in graduate school, and also consulted with students who were writing their dissertations. Since graduating he has continued to consult with Ph.D. candidates in the social sciences, and has assisted in writing grant applications in the fields of drug abuse and HIV prevention. He is first author on four papers, and co-author on numerous others. He was in the World Trade Center in 2001 when the planes impacted.