Suffering the unknown in silence 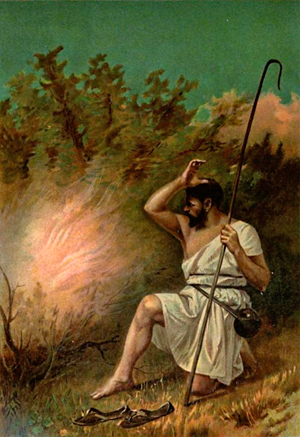 Our imaginations perform with clarity when we have an unknown disease or injury, or a sudden ache or pain as we exercise on the treadmill. There’s a pain in the chest — what is it? That thought will trouble us and motivate us to seek medical advice. Anxiety precipitated by an undiagnosed injury or pain will run rampant and frighten us.

Recently I had such an experience with an unknown, unfamiliar chronic pain in my right side. After two weeks of this nagging pain, I went to my doctor. Two referrals and various tests later, Dr. Patel in five minutes not only identified the problem but prescribed a medication that brought immediate relief. Before his treatment, my imagination had conjured up thoughts of a gall bladder attack or kidney stones or even cancer.

It’s one thing to suffer from an unknown ailment; it’s another to suffer in silence. In II Corinthians 8-11, the Apostle Paul is described with an illness which he kept to himself. I recommend that this testimonial and self-revelation be read.

The most extraordinary thing about this passage is that there is no information at all about this terrible experience. I speculate this was a medical malady which was plentiful in his day due to poor diet, polluted water and lack of medical care. It seems that this malady was emotional or psychological. Paul suffered but kept the details to himself. Suffering in silence is a common choice, even today.

Veterans seldom talk about their experiences in war, especially those personally involved in carnage. While in Vietnam I saw the bodies of our soldiers in body bags, stacked up next to the [emergency room] like cords of wood. A week later no one talked about those conditions, but the memory of this loss of life remains with us.

King George the fifth voiced one of his rules of life: “If I have to suffer …. let me suffer in silence and close.”

Doug Kevilus in a devotional shared the catastrophic effects of his own suffering.

“My doctor called to tell me I had an advanced stage of cancer. My God, I thought, I’ve got young kids, a loving wife, and a rising career … At first, like Paul, I felt so unbearably crushed that I despaired of life itself; I could not even pray.”

Whatever destiny is in our tomorrow, we can be assured suffering in some form will attack us; it’s the nature of the world. It happens to the child who loses a parent in Iraq; by the high school graduate who isn’t accepted at the Air Force Academy; by the teens confronted with unwanted pregnancy… Things happen.

There are long nights of the soul, but there is are also spiritual strengths for coping and choosing the right path to follow. Contributing to Paul’s recovery were the prayers of the Corinthians. We may have little to give our friends and little we can do for the friends who are suffering, yet we can give them the priceless treasure of our prayers, understanding, and moral support, respecting their choice to suffer in silence. God our protector walks in the shadows with us.

Rev. Charles Moreland
Rev. Charles Moreland, retired, has lived in Clarksville for seven years and holds great pride in his adopted city and its people. His one objection in Tennessee is the Hall law of taxes on dividends and savings. Charles served in the U.S. Army Chaplaincy from 1966-1986, retiring to serve as a United Methodist pastor near Fort Leonard Wood, Missouri. He serves on the Boards of Directors for the ARP, Roxy Theater and MCDP. Though retired, he is a regular speaker at the Unitarian Universalist Fellowship. His five grandchildren, ages two to thirteen years, live in Evansville, Indiana. He is a veteran of the Vietnam War and served in Germany and Korea while on active duty.
RELATED ARTICLES
Tech/Science