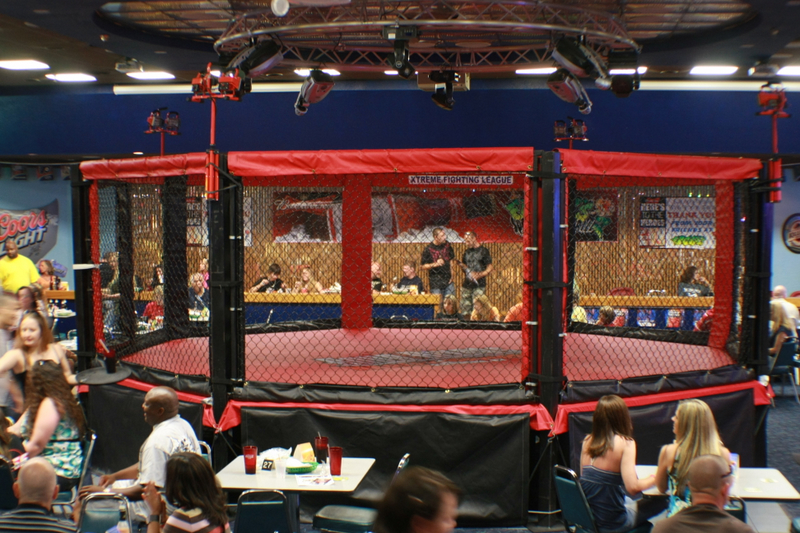 Critics of mixed martial arts fighting might say that Fort Campbell and Clarksville are not ready for this type of event! Well, try telling that to the 600 plus spectators that showed up at Froggy’s Fight Night on the Fort Campbell army base in Kentucky for a invitational tournament held by the Scientific Street Fighting (SSF) Submission Academy.

Mixed martial arts or MMA is a style of fighting that combines a wide variety of fighting techniques; a mixture of Martial Arts traditions, boxing, and wrestling. The sport was made popular in the early 1990’s by the Gracie family of Brazil, who organized some of the first Ultimate Fighting Championship (UFC) bouts in the country. Its popularity had already reached legendary proportions throughout Japan, Europe and the Pacific regions of the world under the name “Vale – Tudos”, or “Anything Goes”.

In just 18 years short years, MMA has transformed itself into the most popular sporting competition, overtaking boxing and pro wrestling, and breaking pay-per-view records. But all this recognition comes with a price, according to Todd Neal (left), an inspector with the Kentucky Boxing and Wrestling Authority (KBWA). Kentucky, like most other states has had to adopt legislation to help regulate a sport that was growing to fast. It became too hard to keep up with. Legislation was also needed to stop the illegal or inexperienced back yard and barn fighting that was taking place which have little or no regard for the safety of the fighters. 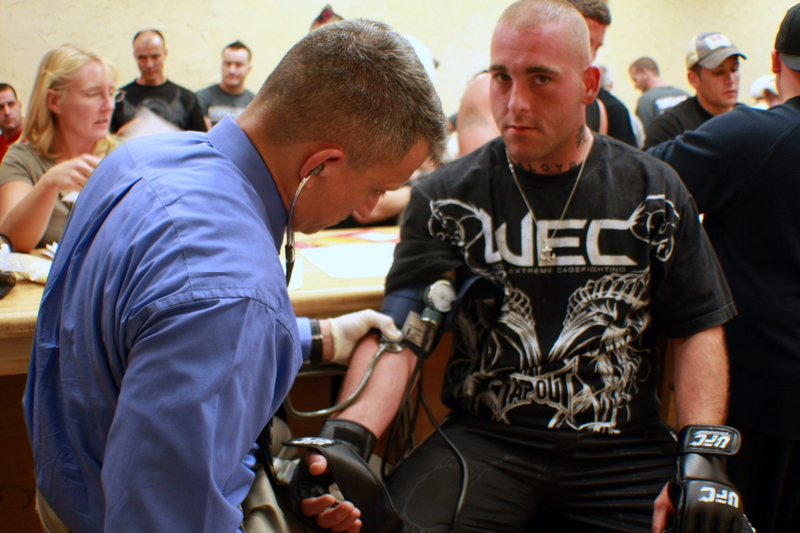 The KBWA’s job is to make sure every referee is state licensed, and that a ambulance is on site at all times during bouts, that a licensed physician conducts pre-fight and post-fight physicals on all participants. The KBWA also ensures that every promoter carries medical insurance on all fighters in case they need to be taken to a hospital. Lawmakers in Tennessee have just formed a sports authority with similar legislation, making Tennessee the latest state to cash in on the MMA craze.

Ron Dayley, owner of the Scientific Street Fighting (SSF) Submission Academy in Clarksville, who is himself a former MMA fighter, now a trainer and promoter. He spoke candidly about his promotion of fights at venues like Froggy’s and the success that MMA is now enjoying.

Dayley likes to encourage his fighters to practice the discipline and traditions of the martial arts, and not to just come into the sport because it seems like a quick way to make a lot of money. He misses the old school approach to the sport with fighters coming in with a particular style. He longs for the day when it will return, but he loves the heart he sees in his fighters and in the future he sees for the sport in America.

With the advancements made in sports training in the United States, and the average child entering martial arts schools at the age of 3, the need for discipline is taught at an early age. As the natural training methods in sports science continue to produce bigger, more skilled and better trained MMA fighters, the true side of the sport will live on. The future of MMA looks bright.

The fight card featured fighters from Indiana, North Carolina, Tennessee, Kentucky and Ohio, representing weight divisions from 150 pounds all the way up to the super heavyweights — one weighing in at 350 pounds.

James Chico Davis (right) from Paducah, Kentucky, a former street brawler who broke into MMA after a friend recommended it to him, defended the title that he won by making his last opponent submit; that was just one of several title fights on the card. Also fighting that evening was Anthony Stevens, a Fort Campbell soldier who boxed for the army boxing team for four years before turning to MMA. He defended his Light Heavy Weight title.

Over 20 matches took place inside the octagon shaped steel cage, with several Clarksville and SSF fighters that night holding more than their own. MMA is not a fly-by-night fad; it has gone beyond that to settle in the mainstream. It is here to stay, and like the music that most of the fighters entered into the cage to, “It Rocks!”