Institute For Justice calls for dismissal of developers’ frivolous lawsuit

“What kills a skunk is the publicity it gives itself.” ~~Abraham Lincoln 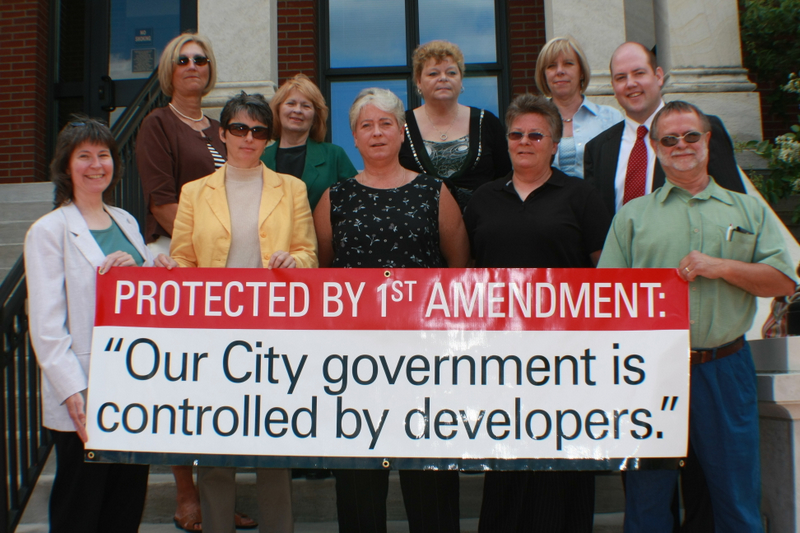 On the steps of our historic County Courthouse, a group of grassroots advocate citizens gave voice to an exercise that the founding fathers would have cherished. Members of the Clarksville Property Rights Coalition (CPRC), stood on the courthouse steps to declare their intent to protect their First Amendment Right of Free Speech in their criticism of government. 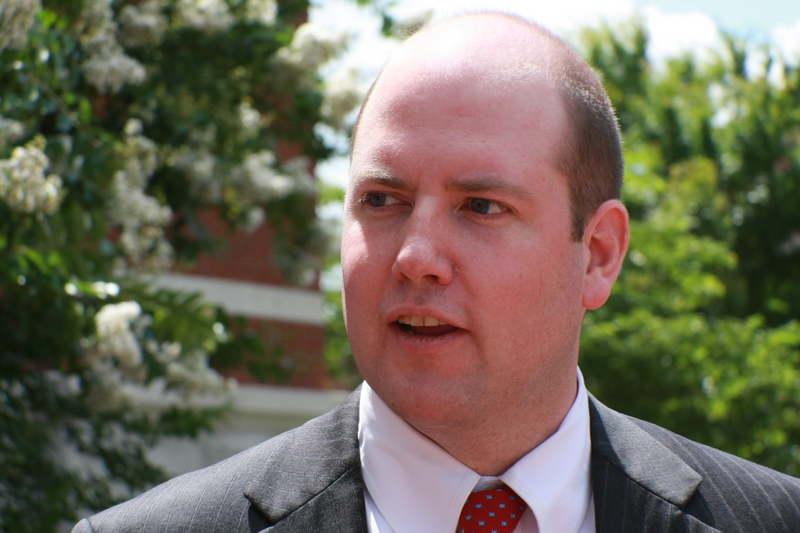 Bert Gall, a senior attorney with the Institute for Justice, stood with the group to announce that The Institute for Justice has risen to coalition’s defense in a defamation lawsuit following publication of an ad by the group that stated that the plaintiffs, Richard Swift and Wayne Wilkinson, are developers and that as developers, they are using the power of government to benefit developers. Gall said that the lawsuit is frivolous on its face and it represents a callous attempt by government officials to silence and intimidate critics among the general public and the affected community in particular.

In the Norwood case, the Ohio Supreme Court rejected the Kelo decision and held that the City of Norwood could not use eminent domain to take ordinary homes and businesses for private development. Also, through litigation and grassroots efforts, Bert helped a neighborhood in Lakewood, Ohio, gets its blight designation reversed. From August 2005 to August 2006, he directed the legislative, grassroots and education activities of the Castle Coalition’s “Hands Off My Home” campaign. The campaign’s goal is to achieve real reform that will protect ordinary Americans against the abuse of eminent domain. 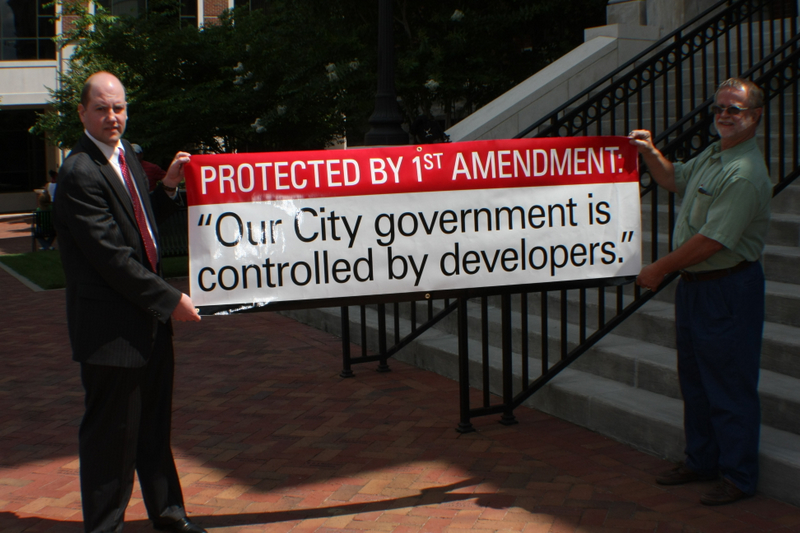 According to their press release, The Institute for Justice seeks to vindicate the group’s right to protest eminent domain abuse. The CRPC is a grassroots citizens group who joined together to fight a redevelopment plan that threatened to subject their city to eminent domain for private gain. To better inform the public about the plan and its danger, they ran an ad in the local newspaper criticizing elected officials and developers for abusing eminent domain. For exercising their right of free speech and grassroots activism, they got sued.  Six days after the ad appeared and the City Council had voted to approve the final striped down revision of the ordinance, Swift, who is a member of the Clarksville City Council and a developer, and Wilkinson, a member of the Clarksville Downtown District Partnership and also a developer, together filed a defamation lawsuit against the group and its members, seeking $500,0oo in damages.

In short, Swift and Wilkinson are developers, using the power of government to benefit developers and they sued citizens for saying so. For home and small business owners in Clarksville and nationwide, the ability to protect what they own depends on their right to speak freely, especially after the Supreme Court opened the floodgates to eminent domain abuse in its infamous Kelo decision. Since the Kelo ruling, protest is the most effective way for property owners to defend what is rightfully theirs.

The Institute for Justice contends that politicians and developers across the nation accused of abusing eminent domain for private gain are trying, through the threat of litigation, to muzzle property owners who speak out to defend their neighborhood. “If politicians and public figures could sue anyone who criticized them, everyone in America would need a lawyer.” As the institute declares, “Under the First Amendment, you shouldn’t need a lawyer to speak out about politics.” 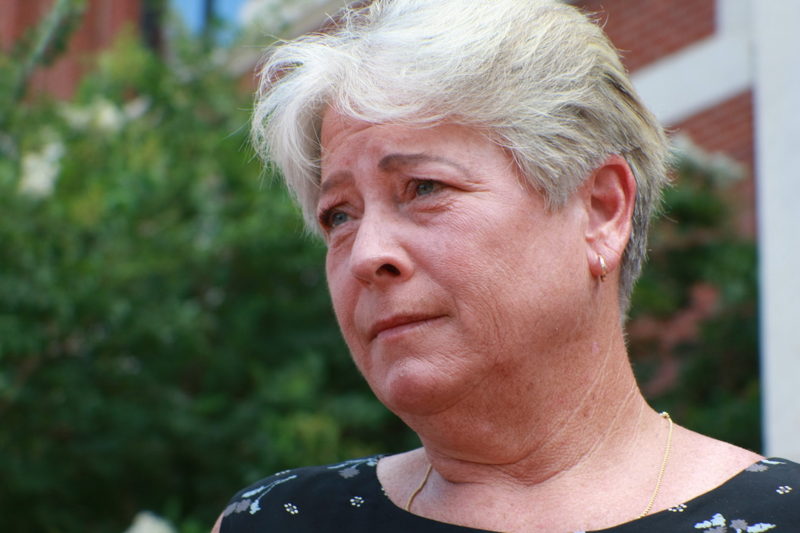 Dr. Rebecca Slayden-McMahan said she’s “insulted by the behavior of our elected officials and ashamed of their conduct.” She noted that with the approaching anniversary of the Declaration of Independence and 4th of July, here we are “having to defend ourselves from the very government that was designed to protect and defend us as citizens. The ability to protect what is rightfully ours depends on the right to speak freely.”

“The Leaf Chronicle ad was an attempt by CPRC to communicate with the people of Clarksville and urge them to contact their council representatives and voice their opinion regarding the redevelopment plan and the enabling legislation of the ordinance.” In her own remarks, she declared that “the information in the ad is accurate and factual. This lawsuit is frivolous and threatens our civil liberties and First Amendment Rights.”

As citizens, we all have a First Amendment right to speak out against government abuses without being sued for exercising that speech by the very people whose actions we are protesting. Characterizing the city government structure as a developer-driven government, Dr. Slayden-McMahan regards the council as a bunch of thin-skinned bullies that “don’t want anyone else playing in their sandbox, …and attempt to silence their critics with frivolous litigation; …we are involved because is not only our right but our obligation to be enlightened and engaged citizens.”

In closing her remarks, she quoted U.S. President Abraham Lincoln, “To stand in silence ,when they should protest, makes cowards of men.” And in reference to the lawsuit’s accusation of defamation, Dr. Slayden-McMahan again deferred to Lincoln, quoting, “What kills a skunk is the publicity it gives itself.”