HomeNewsBalancing both personal and political life? It can be done!
NewsOpinionPolitics

Balancing both personal and political life? It can be done! 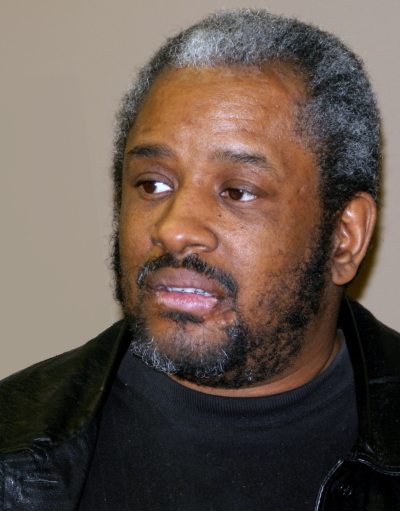 I wear many hats in my life from being a father, husband, civil rights activist, author, music producer, campaign chairman and motivational speaker. With all this activity in my life it is virtually impossible to remain neutral or non-partisan in everything. I often tell my friends in the NAACP who have executive positions that they are being too politically correct on to many issues.

For instances, some will not attend a candidate rally because they might get accused of supporting that person. I tell them you are still a voter who needs to hear where a candidate stands. Just because you hold some position, you do not lose your rights as a concerned voter.

Being able to balance the many hats of my personal life with my political life has never been a problem for me, so why is it so difficult for some in the community? My recent letter to the editor, which appeared in local print and online media, sent the bloggers into frenzy. The bloggers were more concerned with my personal life and passing moral judgment on me and my family than the content of the letter.

Don’t get me wrong: I am all for freedom of speech, or in this case freedom of opinion, and I have learned over the years to have tough skin when you are in the public eye, but to also to at least talk about the subject at hand and pay attention to the facts (off-site link). This way, we all might learn something. Here is my letter for the Clarksville Online readership to view, and this time around, please pay attention — you just might learn something.

I am very disappointed with Sen. Rosalind Kurita for casting the key vote that helped elect Republican Ron Ramsey as Senate speaker and lieutenant governor.

The benefit that seems to have been gained by crossing party lines was Sen. Kurita’s appointment as the new speaker pro tem; which happens to be the Senate’s No. 2 leadership position. Although this was publicized in the news, there just seems to be very little discussion about this among those of us in Montgomery County.

Under the current Republican leadership, people are losing homes, gas and the unemployment rates are sky high. The economy is in shambles, our education system is underfunded, and many are without health insurance.

My family and I voted for Sen. Kurita in the past believing her to be a true blue blooded Democrat and a woman of her word. With all that is going wrong in the world today, people need more than ever to be able to trust their elected officials. When a candidate crosses party lines, that completely destroys our trust in that candidate.

If I wanted the Republicans to be in charge of the Senate, I would have voted for a Republican, but I didn’t, I voted for a Democrat, who seems to have failed to represent me and the rest of the Democratic constituency.

One must exercise the right of the voting constituency to make it known that when we vote for you, you represent us.

But you know what they say: “Politicians are like diapers: when they become full, change ’em!”

Right now, the person who seems to be willing to uphold the trust that our votes represents in them is Tim Barnes. My family and I will be voting for Tim Barnes for state senator — someone we can trust to keep his word.