Drivers on the 41-A Bypass in Clarksville had to deal with slow moving traffic as they passed through the area between Seven Mile Ferry Road and Glendale Drive Thursday afternoon. The cause was a  15 X 30 foot section of pavement which collapsed after a 12″ water main ruptured. 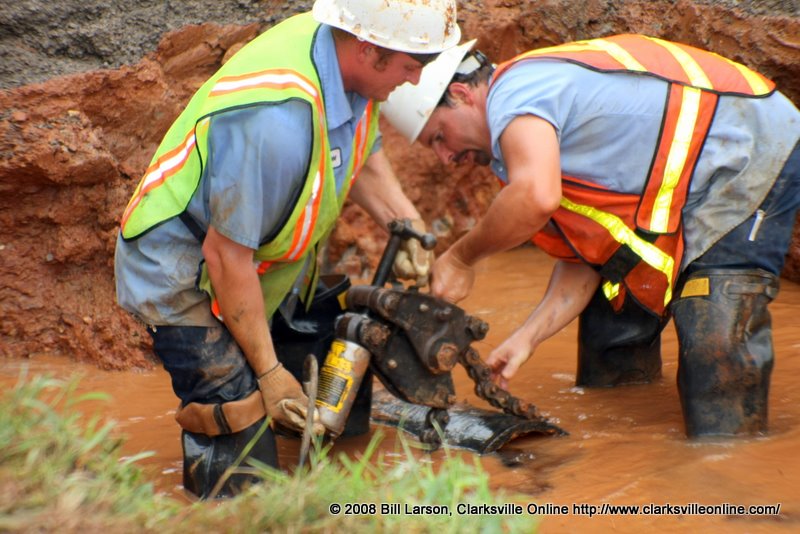 The leak disrupted water service to several hundred homes in the neighborhood. A Clarksville Gas and Water work crew, including supervisor Dean Fain, Dustin Jeckson, Brandon Forrest, Drew Stenle, and Russell Allen, responded and proceeded to close off two valves isolating the section of pipeline from the city water system. Then, using several pumps, they evacuated the water from the hole and with a backhoe cleared out enough room on either side of the pipe to get a chain cutter underneath.

Once the five feet of the pipe was cut away, the crew was able to place a patch on the pipe which, when bolted down, would seal the breach in the pipeline. Crews then used hydrants to flush contaminants from the line. After  verifying that there were no leaks, they reburied the pipe. A crew from Dan Meadows Construction then took over the repaving of that section of the street.