Thank you, Montgomery County, for voting!

Active citizenship was shown to be in full force with the November General Election. Early voting totals revealed that fully forty percent of registered Montgomery County voters had cast their ballot by October 30th. Quite commendable numbers. Yet there was more to come. 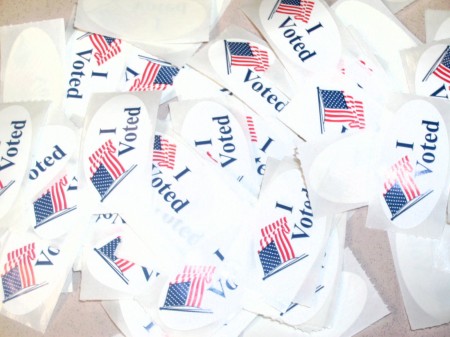 Final figures show that an additional 23% percent of the electorate went to the polls on November 4th. Yes, indeed! Sixty-three percent of Montgomery County’s registered voters participated in this general election.

People took their responsibility of active citizenship to heart and made themselves aware of the issues, their concerns and gave serious study of the candidates and judged them accordingly. This is a momentous accomplishment. One of the primary pillars of American democracy was reaffirmed in Montgomery County, Tennessee. An active and engaged citizenry is necessary for the earnest governance of the people’s business. It is hoped that this new sense of concern and involvement will continue on into 2010 and and 2012. There is much work ahead for us all. Let’s be about getting it done. Because, now you see, “Yes, WE Can!”