Khowst Province, Afghanistan – Being able to prevent crime, catch and prosecute criminals and protect the people are all key factors to improving the security and lives of the Afghan people.

Those duties fall into the hands of the Afghan National Police, and some U.S. Soldiers here are working hard to help them succeed and become more proficient at their jobs.

The Soldiers are National Guardsmen from the 330th Military Police Company headquartered in Riverside, CA.

“We work closely with local Afghan National Police to mentor, teach and train their forces,” said U.S. Army Staff Sgt. Oliver Ang, a squad leader with the 330th MP Co. and native of Gardenia, CA. “Together, we make up a Police Combined Action Team, and our goals are to make the ANP better and strengthen the security in the local area.”

For the past four months, the unit’s Soldiers worked with their Afghan police counterparts on a daily basis. They have not only provided the Afghans with training and assistance, they also conduct joint patrols with them throughout several villages and districts in the area.

“The purpose of combined patrols is to help ensure the ANP are comfortable going out into the villages and interacting with the local people,” said Ang.  “That’s important because it provides an opportunity for the people to get to know their police forces and hopefully feel comfortable coming to them to report crimes or criminal activity in the area.”

Another benefit of the joint patrols is they allow the forces to gather invaluable intelligence about possible insurgent activities or movements in the area.

The Soldiers also help the ANP by providing them with a variety of training, knowledge and skills.

“We do a lot of training with the ANP,” said Ang. “Three or four times a week, we go out and train them on something. We teach them basic first aid, small-arms marksmanship and techniques, vehicle and personnel searches, and entry control point procedures, and we also help them with logistical and personnel issues.” 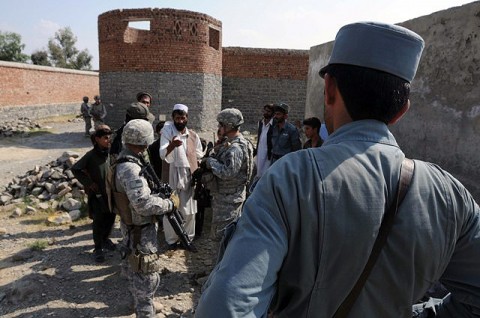 The small unit is responsible for training and advising nearly 300 ANP spread across three district centers in Khowst Province. It’s a job that can be challenging, but it’s a job that has to be done.

“It’s important we work closely with the Afghan police forces and help them as much as we can,” said Ang. “Our goal is that eventually they can take over and do law enforcement operations entirely on their own.”

Although the team has only been working with the Afghan police for four months, they have already seen positive improvements.

“When we first got here, the ANP didn’t take a lot of initiative to do patrols on their own and get out and meet with the people,” said Ang. “Now they are doing that on a regular basis. It’s a very positive step in the right direction for them. It’s something we are glad to see them doing.”

Another positive step the ANP are taking is keeping records. According to Ang, the ANP didn’t keep criminal logs or records before the Soldiers arrived. Now, it’s part of their normal routine and will certainly help them be better prepared for the future.

Whether it’s teaching them how to keep better records, conduct a patrol or apply a tourniquet, the Soldiers work long hours to help the ANP, but it’s a mission they seem to enjoy. 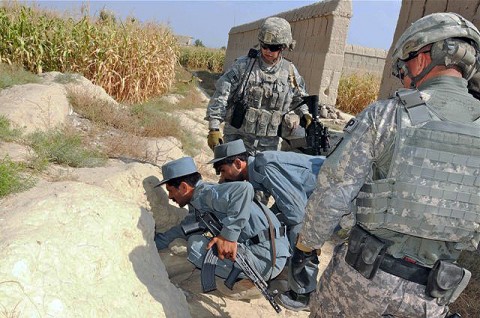 “I really like our mission here,” said U.S. Army Spc. Jared Shiflet, a combat medic and native of Tampa, FL, assigned to the 330th MP Co.

“It can be challenging, but it can also be rewarding. One of the things I like most about it is patrolling with the ANP where we are out among the Afghan population and meeting with the local villagers, especially the children,” he said.

In the last few months, the Soldiers of the 330th MP Co. have seen the ANP progress and take more initiative, keep better records and build stronger relationships with their people. It’s a trend they hope will continue.

“The ANP are hard workers, and they are willing to learn whatever we have to teach them,” said Ang. “I like being able to share our knowledge and skills with them so they can get better and help create a better future for themselves and their country.”