HomeNewsBastogne Engineers have a Blast
News

Bastogne Engineers have a Blast

Soldiers from the 1st Special Troops Battalion and 1st Battalion, 327th Infantry Regiment trained up on various techniques on preparing explosives and breaching as time draws near for their upcoming deployment.

“Training on demo is important because it’s training on mobility and counter-mobility and movement of troops,” said Sgt. Christopher Neukirchner, a squad leader with Company A, 1st Brigade Special Troops Battalion, 1st BCT. “So say if you approach a minefield, like one of the demolitions we are doing today are bangalore torpedo with six kicker charges, it’s important to know how to set up and emplace them. That way you can breach and clear a lane that is four to five meters wide to allow friendly troops freedom of access to the area on the other side of the minefield.” 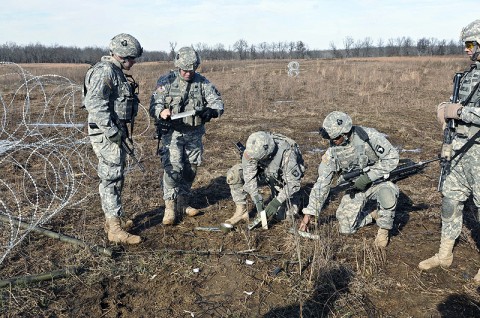 The soldiers started out with a briefing reminding them to stay safe at the job at hand. Then 1st BCT soldiers went to an open area and began preparing their materials.

“Before we went downrange and we prepped our charges,” said Crane. “But even before that, there was further prepping. We had classes, hit-pocket training on and scheduled training on demolitions.”

The cold December weather did not hinder the soldiers from continuing their training. Group after group headed down the winding path to perform and train on what they know so well. 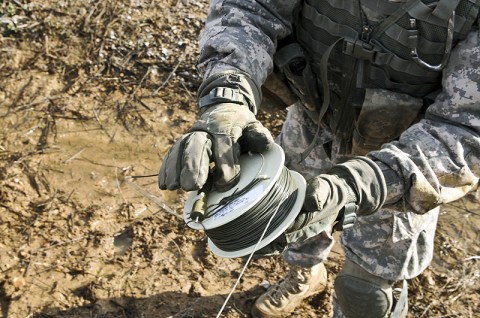 “We train how we fight, so if we know our material here down packed then when we deploy we are not going to be just sitting there trying to figure out,” said Pfc. Patrick Crane, a sapper with 1st BSTB. “You know how to do it. We are comfortable with what we are doing.”

They utilized various techniques for different obstacles. From breaching doors to destroying concertina wire to clearing out a minefield.

After blowing up more than a dozen charges, soldiers became eager for more. 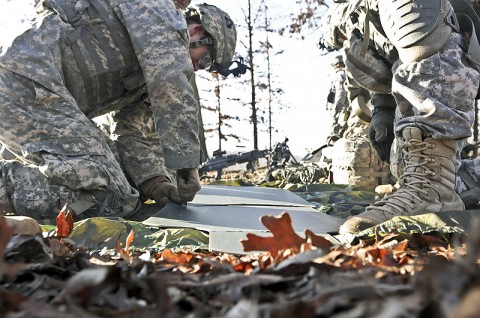 The skills the soldiers learn at this range will carry over to their deployment overseas. Obstacles of various types will hinder their missions but these engineers are more than willing to get the job done.

“As combat engineers, part of our job is to breach doors for infantry and maneuver through obstacles,” said Crane.

As the engineers further develop their skills, the training will become more rigorous and more complex as the deployment draws closer. With improvised explosive devices, blocked paths and other obstacles common in today’s battlefield, the engineers will have more than adequate training to accomplish their task.