HomeNewsClarksville Police charge Man with Two Counts of Sexual Exploitation of a...
News

Clarksville, TN – On March 28th, 2012, around 3:00am, Clarksville Police responded to a 911 call at 828 Gracey Avenue in reference to possible Sexual Exploitation of a Minor.

When officers arrived, they were told there was a man, Jacques Dubois, inside of the residence who had child pornography photos on his phone. Officers spoke with Dubois who admitted the phone was his and gave them permission to view the pictures. 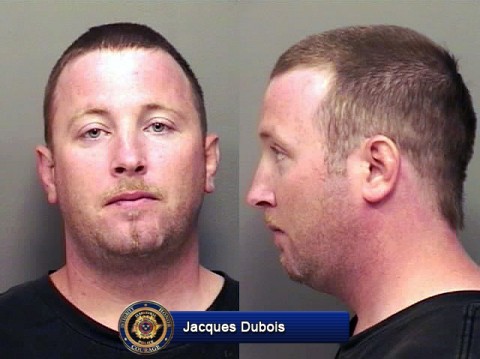 The phone contained numerous photos of males and females under the age of eighteen engaged in sexual activities or various states of undress. Dubois said the photos were sent to his phone by an unnamed individual.

The investigation is ongoing and the lead investigator is Detective Larry Boren.