Clarksville, TN – A celebration of “sisterhood” was the theme this weekend, as over two hundred women with the Sigma Kappa chapter of the Chi Omega Women’s Fraternity recognized forty years of their chapter at Austin Peay State University.

Highlighted by a visit from Tennessee Congressman Marsha Blackburn, a Chi Omega herself, women of all ages who have shared the common bond of sisterhood at Austin Peay State University, came together for a brunch and a walk down memory lane at the Laida Fellowship Hall at First Baptist Church.

In the early 1960’s, social clubs were formed on the Austin Peay State College campus based on women’s residence halls.  The Omega Club evolved into a social sorority by rushing new members in 1965.  the name was changed from the Omega Club to Sigma Tau Omega in 1967.

The event was also used to announce the Sandra Stuard Hewitt Memorial Fund.  Hewitt was a charter member who died in an accident a few years ago, and her daughter Leslie is a “legacy.”  The fund was established to help active members of the chapter who are struggling financially, and need assistance in paying their dues to continue their membership.

“Philanthropy has always been important to Chi O and how fitting to remember a charter member by helping actives financially” said Lynne Waters Griffey.


About the Chi Omega Woman’s Faternity 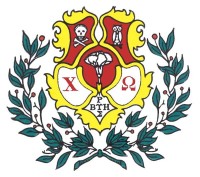 Founded in 1895 at the University of Arkansas, Chi Omega is the largest women’s fraternal organization in the world with over 300,000 initiates and 174 collegiate chapters. Throughout Chi Omega’s long and proud history, the Fraternity has brought its members unequaled opportunities for personal growth and development.

Chi Omega is a sisterhood that provides a network of friends and lifelong development for collegiate and alumnae members. Chi Omega is committed to:

Hank Bonecutterhttp://www.clarksvillesmotorcycle.com/
Hank Bonecutter is a retired broadcaster and media consultant based in Clarksville, Tennessee. His career includes stints at WKDA/WKDF and WKQB Rock 106FM, WLAC-AM in Nashville. He concluded his career as owner/talk show host at WJZM-AM in Clarksville. Currently the President of Bonehead Promotions, he's an advertising consultant and media strategist. An avid motorcyclist, Hank blogs about his travels exclusively at www.clarksvillemotorcycle.com and www.clarksvilleonline.com You can follow Hank on on Facebook at https://www.facebook.com/dodgintheroadkill/, on Twitter at https://twitter.com/?lang=en, and Instagram https://www.instagram.com/dodgetheroadkill/?hl=en
RELATED ARTICLES
Education