Clarksville, TN – Sophomore Jada Stotts, of Austin Peay State University volleyball team, has been named the Copies in a Flash APSU Athlete of the Week.

Stotts was named Ohio Valley Conference Player of the Week, Monday, for her work at last weekend’s Bama Bash. The Hoffman Estates, IL native led the Lady Govs with 67 kills and was named to the All-Tournament team. 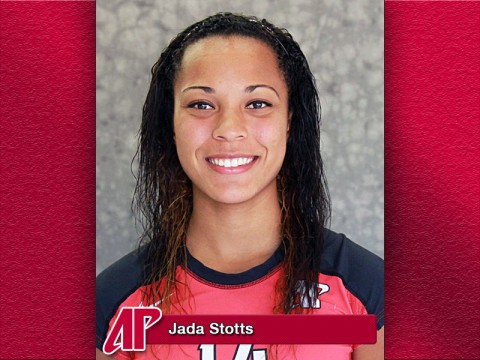 She recorded a career-high and OVC single-match best 27 kills against tournament host Alabama, while notching a .305 attack percentage. It’s just the 11th time an Austin Peay player has recorded 27 or more kills in a match, and the most since Stephanie Champine’s 29-kill outing against Eastern Kentucky in 2009.