HomeNewsClarksville Police charge Lee DeWayne Watts in the Death of his Mother,...
News

Clarksville, TN – On April 7th, around 9:15am, Clarksville Police were called to 722 Central Avenue, Apt #1, and found Ethel Adamson alive, but unconscious, inside the residence and that she had sustained a wound to the head.

She was taken to Vanderbilt University Medical Center by Lifeflight where she died, April 9th, 2013, around 3:28pm. 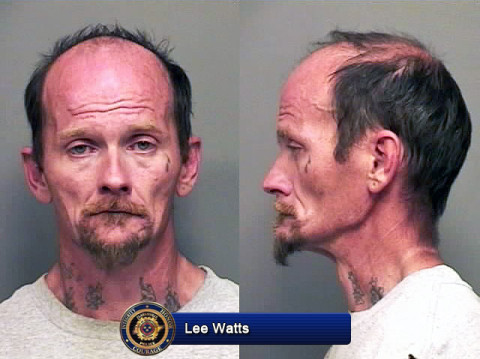 During the processing of the crime scene, several items were collected from the home and turned into evidence to include a hammer.

Lee DeWayne Watts was booked into Montgomery County Jail on April 13th, 2013 a little after midnight and charged with Criminal Homicide in the death of his 60 year old mother, Ethel Adamson.