Clarksville, TN – Junior sprinter Maikea Davis, of the Austin Peay State University women’s track and field team, has been named this week’s Copies in a Flash APSU Athlete of the Week.

Davis had a hand in 23 of Austin Peay’s 140 points at last weekend’s SIU Invitational, leading the Lady Govs to a second-place finish in Carbondale. 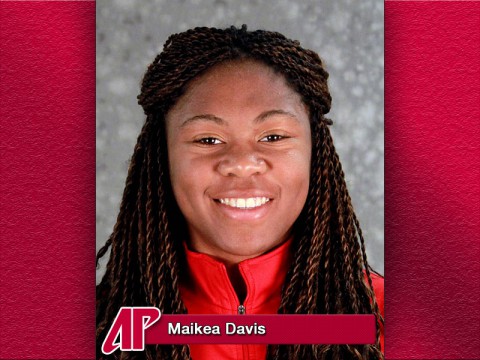 She won the 200m dash with a 24.80 mark, converted to 24.42 due to track size and ranking her second in the event in the Ohio Valley Conference with less than three weeks until the OVC Indoor Championships.