Nashville, TN – The Tennessee Titans (2-1) conclude their preseason this week at home against the Minnesota Vikings (3-0). Kickoff at LP Field (capacity 69,143) is scheduled for 7:00pm CDT on Thursday, August 28th.

The game will be televised regionally on the Titans Preseason TV Network, including flagship WKRN-Channel 2 in Nashville.

The Titans were on the road last week for the second consecutive preseason game. After falling behind 17-3, they scored 21 unanswered points to defeat the Atlanta Falcons 24-17. Bishop Sankey’s three-yard touchdown run and two-point conversion provided the winning margin with less than six minutes remaining in the fourth quarter.

Titans quarterback Jake Locker played with the rest of the starters into the second half. The fourth-year signal caller was 12-of-17 for 188 yards, a touchdown and a passer rating of 126.6. His 63-yard touchdown pass to receiver Nate Washington sparked the team’s comeback.

Through three weeks of the preseason, Locker ranks fourth among AFC passers and sixth among all NFL quarterbacks with a passer rating of 119.9.

The Titans offense as a whole has been effective throughout August. The unit is fourth in the NFL in total offense (375.0 yards per game), third in passing offense (266.3 yards per game), fourth on third down (48.6 percent), third in team passer rating (105.7) and first in efficiency inside the 20 (six touchdowns on six possessions). 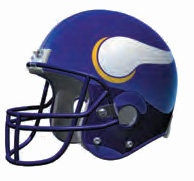 The Vikings kept their perfect preseason record alive last week with a convincing 30-12 road victory over the Kansas City Chiefs. They are one of four undefeated teams entering the final week of the preseason.

Vikings star running back Adrian Peterson has yet to play this preseason. The 2012 NFL MVP is entering his eighth season and leads the league in rushing yards (10,115) and rushing touchdowns (86) since the start of his rookie season.

The Vikings are in their first campaign under Mike Zimmer, a longtime NFL assistant who in January was named the ninth head coach in franchise history. Zimmer spent the last 14 seasons working as defensive coordinator for the Cincinnati Bengals, Atlanta Falcons and Dallas Cowboys.

The Titans will be permitted to carry 75 players into this week’s game following the first roster cutdown from 90 players on August 26th. On August 30th, two days after the Titans and Vikings meet, they must reach their regular-season limit of 53 players.

Players placed on reserve lists such as Injured Reserve, Physically Unable to Perform and Reserve/Suspended do not count towards the 53-man active roster limit.

After the final cut down, a 10-player practice squad may be established as early as August 31st.

One week later, the Titans kick off their regular season schedule against the Chiefs in Kansas City (noon, September 7th).

The Titans and Vikings have met just 12 times in the regular season. The Vikings lead the series 8-4, including wins by the Vikings in the last four meetings at Mall of America Field.

Most recently, the teams faced off in Minneapolis in Week 5 of the 2012 season. The Vikings scored the game’s first 23 points and ultimately won by a final score of 30-7. Quarterback Christian Ponder (258 passing yards), receiver Percy Harvin (108 receiving yards) and running back Adrian Peterson (88 rushing yards) led the way for the Vikings.

In the latest home game for the Titans against the Vikings, which took place on September 28th, 2008, the Titans prevailed 30-17. That game marked the Vikings’ lone appearance in the history of LP Field.

The first Oilers-Vikings game in 1974 finished with a lopsided score of 51-10 in favor of the Vikings. It is still the ninth biggest defeat for the Titans in franchise history. The Vikings finished that season with a trip to Super Bowl IX.

That was the final game the Titans played at Vanderbilt Stadium and the final time the team would be called the Oilers. In 1999, LP Field opened and the team took the name Titans.

For ticket information, go to www.titansonline.com/tickets , email ticketsales@titans.nfl.com or call 615.565.4200