Clarksville, TN – On August 8th, 2014 the Clarksville Police Department responded to a Cruelty To Animals at 3860 McKenzie Drive.

Ms. Hundley and Mr. Francis are husband and wife. Both are in the military and left on July 18th, 2014 for military training. Ms. Hundley has four dogs, five cats, two birds, and two guinea pigs. 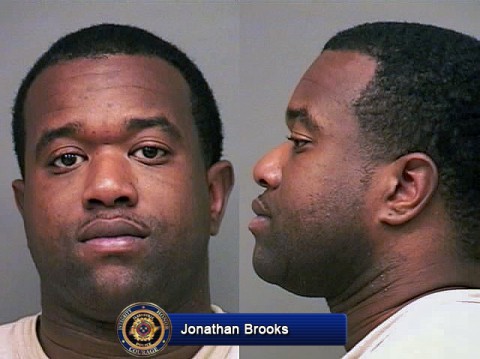 The Defendant Jonathan Brooks, a friend, agreed to live in her house and take care of the animals while they were away.

Ms. Hundley stated she has known Mr. Brooks for almost 11 years and they were very good friends.

Ms. Hundley stated before they left Mr. Brooks came over to her residence and she went over everything Mr. Brooks was supposed to do.

Ms. Hundley left a list of instructions for taking care of the animals along with a credit card for any vet/medical care should any of their animals need it. She also left a debit card for any other expenses. Ms. Hundley stated she spoke to Mr. Brooks several times while she was away at training and he stated everything was well.

When a second friend went to check on the animals they were all found deceased.

A preliminary necropsy report from the pets owner who had the necropsy preformed indicated the dog did not have any contents in its entire digestive tract and had not eaten for an extended period of time. It also suggests the dog had been dead around 3-4 days. The bird also lacked intestinal contents and showed signs of possible dehydration.

From these findings the investigation Officer found that there is probable cause that Mr. Brooks did not feed and water the pets as he agreed causing the pets to die from neglect/abandonment.

Jonathan Brooks has been booked into the Montgomery County Jail on 4 Counts of Animal Cruelty and is out on a $10,000 bond.