Clarksville, TN – Junior setter Aubrey Marsellis, of the Austin Peay State University volleyball team, has been named the Copies in a Flash APSU Athlete of the Week.

Marsellis led the Lady Govs to a pair of three-set sweeps against Murray State and Morehead State last week, putting the Lady Govs atop the Ohio Valley Conference with a 4-0 record in conference play.

For the week, she had 68 assists (11.33 apg) and her efforts allowed Austin Peay’s attackers to post a .228 hitting percentage as a squad. 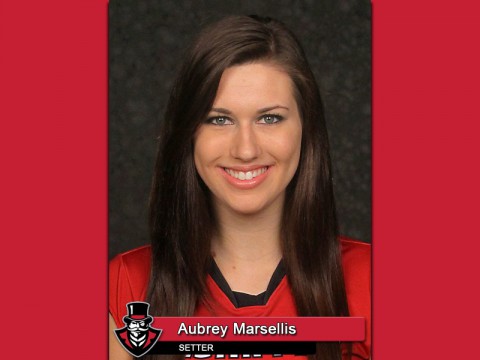 Monday, Marsellis was named adidas®/OVC Setter of the Week by the conference office, her second weekly OVC honor in three weeks.