Nashville, TN – The National Football League, the NFL Players Association and the American Cancer Society are teaming up for the seventh year to support October’s National Breast Cancer Awareness Month with “A Crucial Catch: Annual Screening Saves Lives,” campaign, reminding women about the importance of having a regular mammogram and taking control of their breast health.

The Titans will kick off breast cancer awareness month this week in a variety of ways, including honoring survivors on the field at the game. 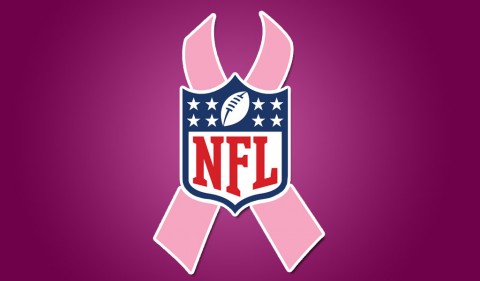 Prior to kickoff, the Titans and Saint Thomas Health will honor male and female breast cancer survivors. Following the game, the Titans will donate new and game-worn BCA apparel and equipment to six local high school football teams in an effort to promote the importance of annual screenings and early detection at the high school level.

On October 13th, the Titans will support A Crucial Catch Day at Matthew Walker Comprehensive Health Center. Current and alumni players, as well as Titans cheerleaders, will be on-site to support women as they are screened for breast cancer.

Finally, on October 26th, the Titans will host the fourth annual Football 101 for Ladies to benefit the Tennessee Breast Cancer Coalition (the TBCC).

The TBCC uses the money raised through this event to provide financial assistance to women in need due to inability to work or mounting medical expenses incurred while undergoing treatment for breast cancer, from preventing evictions to paying utility and health insurance bills.

More than $8 million has been raised for the American Cancer Society through the partnership, with the majority of the donation coming from the sale of pink merchandise at retail and the NFL Auction website. 100% of proceeds from pink products auctioned on NFL Auction go directly to the American Cancer Society (ACS). The NFL does not profit from the sale or auction of pink merchandise. For more information, visit www.nfl.com/pink

Since 2012, grant recipients have provided more than 64,000 screenings and nearly 150,000 women have received education on the benefits and importance of breast cancer screenings.

CHANGE grant recipients, the American Cancer Society and the NFL are teaming for the second annual A Crucial Catch Day on October 13th. On that day, all 32 grant recipients will host education sessions and screenings at their facilities and many NFL teams will participate in these awareness activities, bringing these potentially life-saving messages and screening services to the women who need them most.

Fans may participate in A Crucial Catch Day and the fight against breast cancer by visiting NFL.com/pink and signing up for a personal screening reminder, donating to the American Cancer Society and posting a social pledge to get screened using #NFLPink.

Game-worn pink merchandise and footballs will be autographed postgame and auctioned at NFL Auction (www.nfl.com/auction). All NFL Auction proceeds from the sale of breast cancer awareness items during the month of October will go-to the American Cancer Society.

From cleats to gloves, towels to caps, NFL partners including Gatorade, Nike, Under Armour, New Era and Wilson are creating pink merchandise for breast cancer awareness games. Pink Bose headsets and pink Gatorade towels will be used on the sidelines at every A Crucial Catch game. Many other partners including P&G and EA will support A Crucial Catch through products and promotions.

Ticketmaster, the Official Ticket Exchange of the NFL and NFL clubs, will contribute one dollar for every NFL ticket sold on Ticketmaster and the NFL Ticket Exchange during the month of October to the American Cancer Society, up to $35,000.