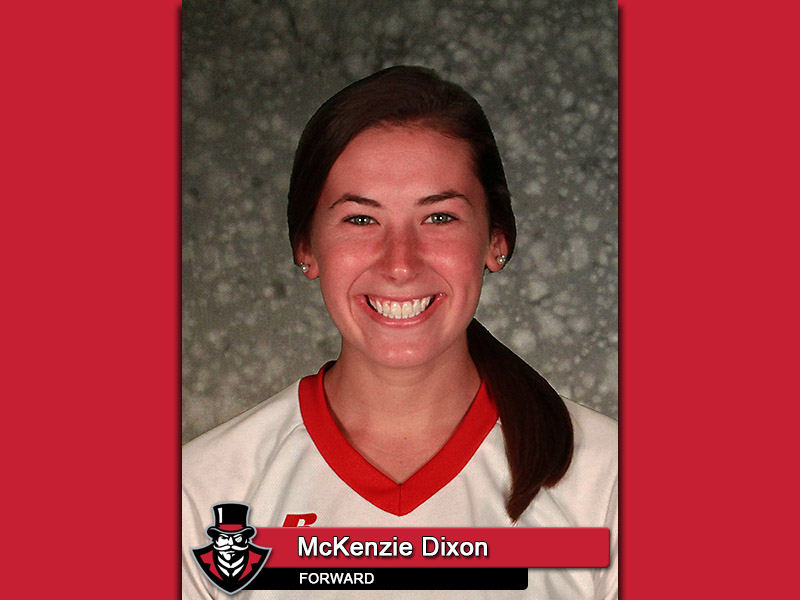 Clarksville, TN – Freshman McKenzie Dixon, of Austin Peay State University women’s soccer team, was named one of the top 100 first-year Division I players by TopDrawerSoccer.com, an elite list which was released Friday. 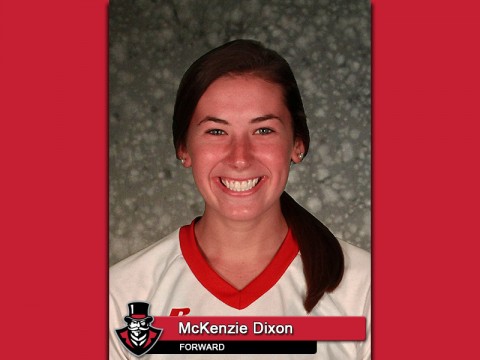 Dixon, who was ranked number 100 amongst the best young players in the nation, has been an instant producer for the Lady Govs.

With her nine goals and two assists in 2015, Dixon has helped Austin Peay lead the Ohio Valley Conference in both goals (35) and points (86).

The Bentonville, Arkansas native has carried her success in high school – where she was named Gatorade State Player of the Year in 2014 – to adjust to the collegiate game with ease. Dixon has claimed three OVC Player of the Week honors in her debut season, the first Lady Gov to earn three in a single season.

In addition, Dixon has already made her mark on the all-time APSU scoring list. With her nine goals, the freshman is currently tied for 10th in program history.

TopDrawerSoccer.com is the official provider of college and club soccer scores for over 100,000 players and 5,000 teams, ranks over 3,000 players, hosts the nationwide TDS Combine Series, and produces the yearly College Soccer Recruiting Guide.