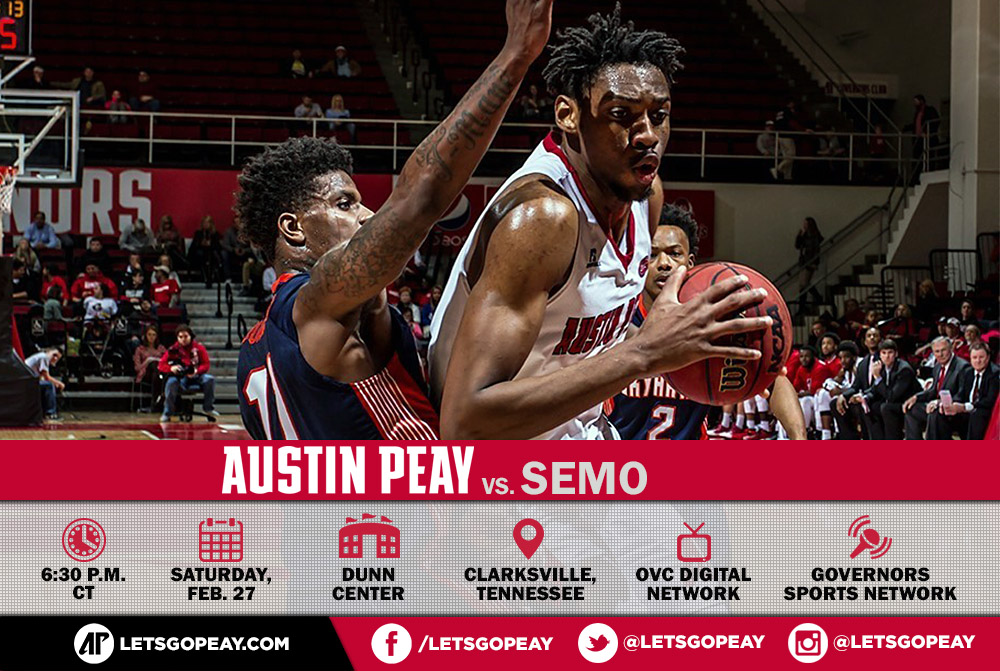 That is the position Austin Peay State University men’s basketball team is in as it heads to the final day of the Ohio Valley Conference season. 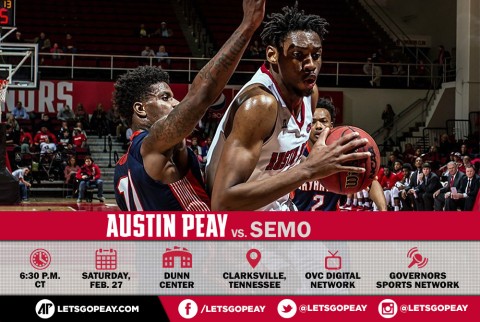 The Governors will play host to Southeast Missouri, 6:30pm, Saturday, in Dave Aaron Arena knowing a win won’t guarantee an OVC tourney berth, but also knowing a loss would kill any hope for a chance to extend the season.

The Governors come in tied with Eastern Kentucky at 6-9 for the eighth and final OVC tourney berth. As been stated many times previously, the Colonels have the tiebreaker so if both the Govs and Colonels win—or lose—EKU has the tiebreaker by virtue of its early January victory against the Governors. EKU will at the slumping Tennessee Tech, 7:30pm, Saturday.

What that means is by halftime of their game, the Colonels will know what has happened in Clarksville and what type of pressure they will face in the second half. On the other side, the Governors, if they will win, will keep tabs on the OVC Digital Network or Live Statistics, to understand their fate.

Both APSU and Eastern Kentucky are coming off road wins, Thursday—APSU won at SIUE and EKU won at Jacksonville State—to remain status quo in the standings.

After scoring just 60 points against Murray State, last Saturday, the Govs put up 80 against SIUE, with sophomore Josh Robinson, making his first start this at point guard, leading the way with 22 points.

Saturday’s game also will be Senior Night for the Governors. Four-year starter Chris Horton, who owns multiple school marks; two-year starter Khalil Davis and manager Hayden McClain, who has served the program for five years, will be honored in a pregame ceremony. In addition to extending the season, the Govs would like nothing better than honoring the seniors with a victory.

Southeast Missouri, under first-year coach Rick Ray, comes in amidst a seven-game losing streak, started with the Govs win at SEMO, January 30th—meaning the Redhawks are zero for the month February. But recent home losses to Eastern Illinois and SIUE were by just three points. Southeast sits at the bottom of the OVC standings at 2-13 and 5-23 overall.

Junior guard Antonius Cleveland leads the Redhawks at 14.8 points and 6.7 rebounds per game. Guard Isiah Jones is averaging 10.3 points while two other also are averaging double figures. The roster-thin Redhawks are averaging just 66.6 points per game while allowing 77.5.