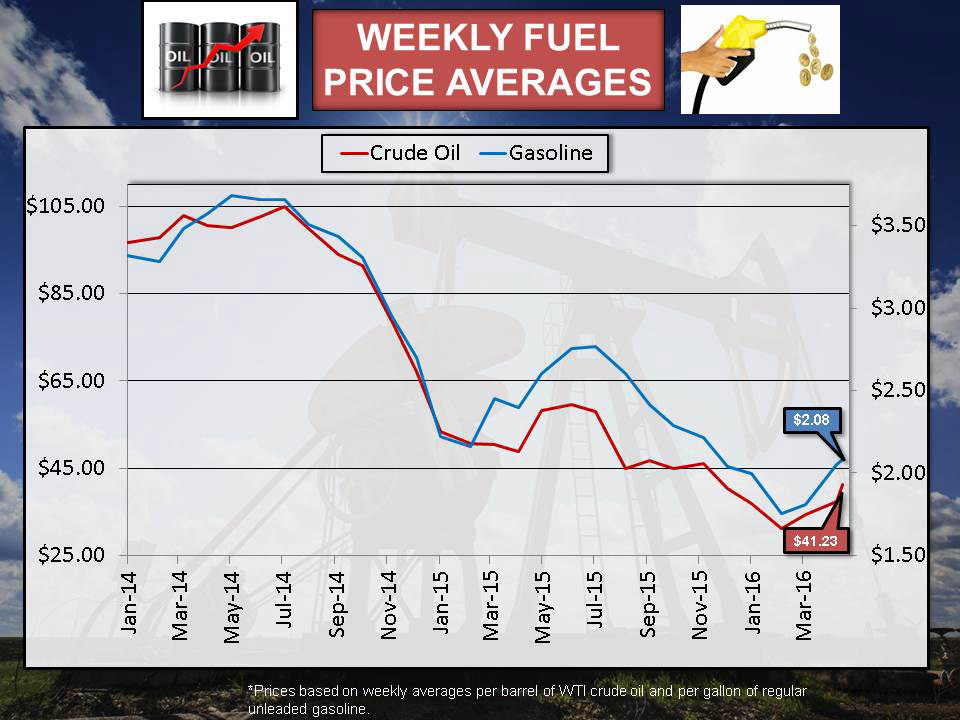 Tampa, FL – Nationally, motorists are paying $2.11 per gallon, up 7 cents from last week, and the highest price at the pump since November 2015. The national average has remained above $2.00 a gallon for 25 consecutive days and could rise another 10-15 cents by Memorial Day.

“Many drivers saw gas prices jump up this week,” said Josh Carrasco, spokesman, AAA – The Auto Club Group. “Oil averaged $4.00 higher than last week, which put upward pressure on gasoline prices. Even though prices are up nearly 15 cents from a month ago, motorists are still enjoying a 30 cent savings year over year.” 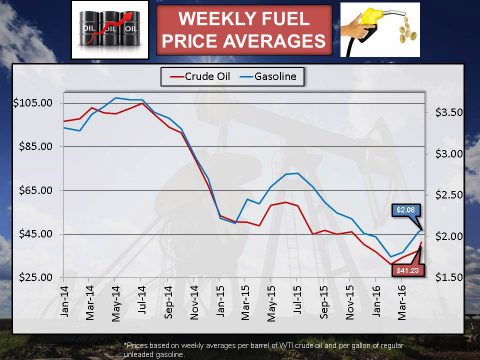 Oil prices are projected to fall Monday as several major oil producing nations failed to come to an agreement on a production freeze today.

Saudi Arabia has said it will only freeze its output if Iran and other producers agree. Iranian oil is returning to the market after years of sanctions, and the OPEC member country has yet to agree to any production freezes and instead reiterates its desire to regain market share.