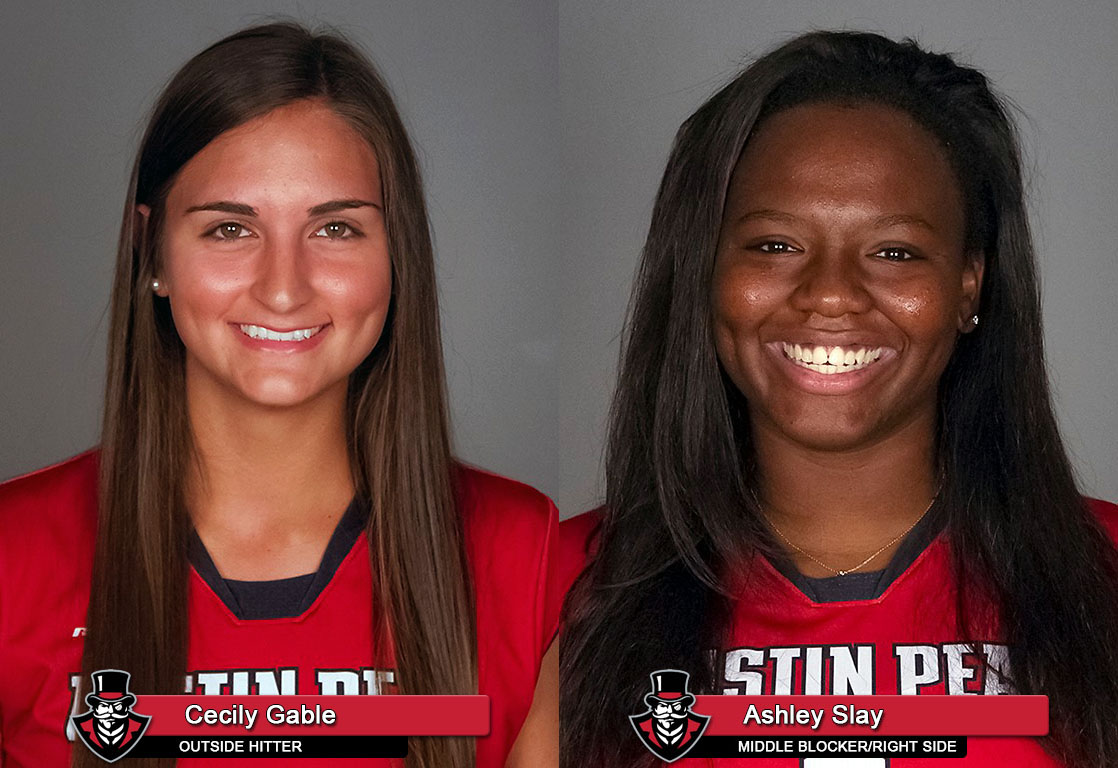 Charleston, SC – Austin Peay State University sophomore Cecily Gable was named tournament “Most Valuable Player” at the Bulldog Invitational, Saturday night. In addition, junior Ashley Slay as named to the all-tournament team as the duo combined to lead the Govs to the tournament championship. 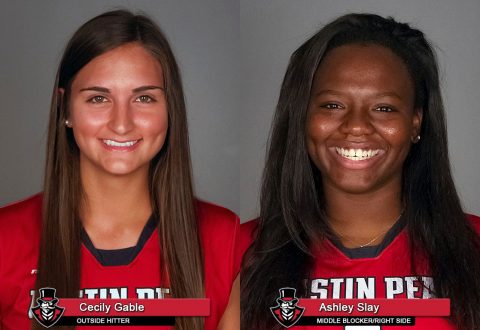 Gable, of Memphis, Tennessee, set her career high with a 16-kill performance in the Govs three-set win against Charleston Southern, Friday afternoon.

She followed that with 17 kills in the a four-set win against Elon, Saturday morning.

Gable finished the tournament with her second-straight 17-kill performance, but the second one came in a three-set victory against Savannah State, Saturday afternoon. She led Austin Peay with 55 kills (4.23 per set) and a .322 attack percentage in the four tournament matches.

Slay, of Nashville, Tennessee, earned all-tournament honors for the second consecutive tournament. She finished the tournament with 35 kills (3.18 per set) and a .301 attack percentage. Slay also had 11 blocks (1.00 per set) and two service aces while in Charleston. She posted a season-best 18 kills in APSU’s four-set win against Elon, posting a .500 attack percentage, and adding four blocks.

Austin Peay won all four matches at the Bulldog Invitational, hosted by The Citadel, and won 12 of the 13 sets it played. The Governors bring their four-match win streak back to Clarksville and will open Ohio Valley Conference play with a 6:00pm, Friday contest at the Dunn Center.