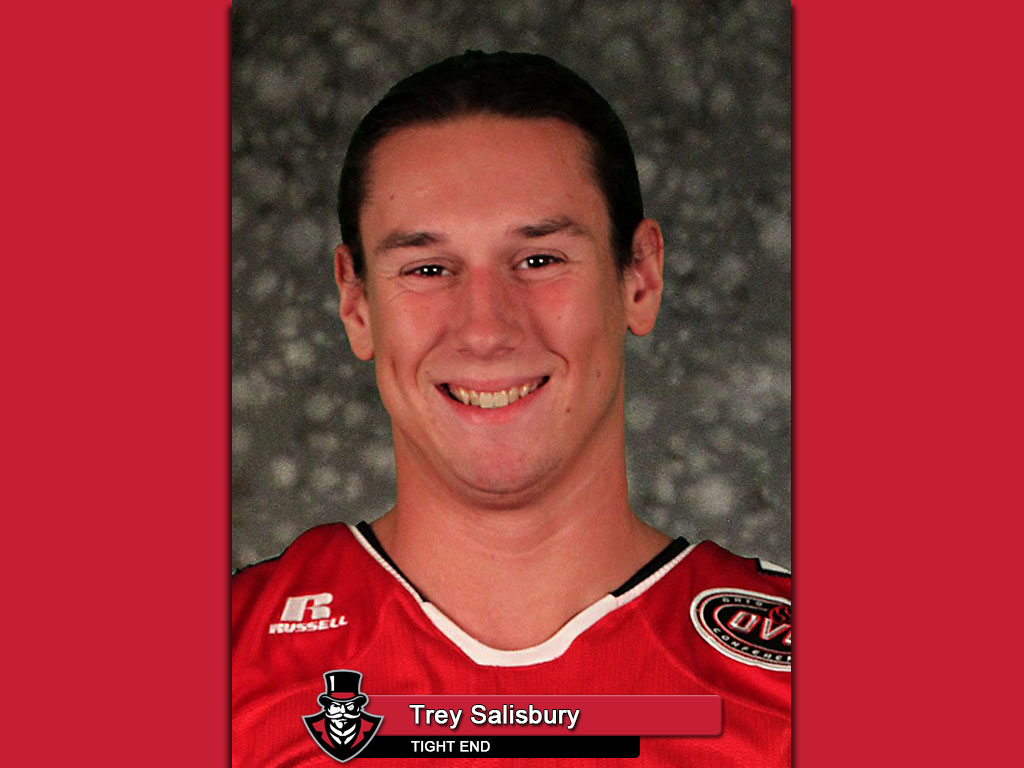 He is one of 156 nominated by their schools, which are limited to one nominee each, candidates for the awards must be a senior or graduate student in their final year of eligibility, have a GPA of at least 3.2 on a 4.0 scale, have outstanding football ability as a first team player or significant contributor and have demonstrated strong leadership and citizenship. 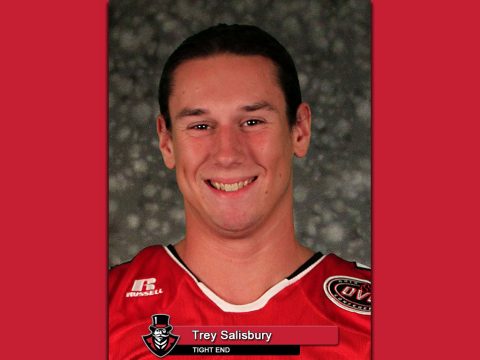 The class is selected each year by the NFF Awards Committee, which is comprised of a nationally recognized group of media, College Football Hall of Famers and athletics administrators.

Austin Peay is one of four schools that have had a student-athlete named to a Campbell Trophy semifinalist in 11 straight seasons. APSU is one of three FCS schools in that grooup and  the only scholarshiped FCS program.

After redshirting in 2012, Salisbury spent the first season competing for time on the defensive line before settling into a niche as tight end for the Govs. He has hauled in 10 passes for 142 yards during his career while seeing action in 34 games. He is a two-time Dean List’s member and a six-time Athletics Director Honor Roll recipient.

The NFF will announce 12-14 finalists on November 1st, and each of them will receive an $18,000 postgraduate scholarship as a member of the NFF National Scholar-Athlete Class, presented by Fidelity Investments.

The finalists will travel to New York City for the 59th NFF Annual Awards Dinner on December 6th, where their accomplishments will be highlighted in front of one of the most powerful audiences in all of sports. At the event, one member of the class will be declared the winner of the 27th William V. Campbell Trophy and have his postgraduate scholarship increased to $25,000.

“These 156 impressive candidates truly represent the scholar-athlete ideal,” said NFF Chairman Archie Manning whose sons Peyton (Campbell Trophy winner) and Eli were named NFF National Scholar-Athletes in 1997 and 2003, respectively. “It is important for us to showcase their success on the football field, in the classroom and in the community. This year’s semifinalists further illustrate the power of our great sport in developing the next generation of influential leaders.”

Named in honor of the late Bill Campbell, former chairman of Intuit, former player and head coach at Columbia University and the 2004 recipient of the NFF’s Gold Medal, the Campbell Trophy is a 25-pound bronze trophy and increases the amount of the recipient’s grant by $7,000 for a total postgraduate scholarship of $25,000.

This year’s postgraduate scholarships will push the program’s all-time distribution to more than $11.1 million.

“The NFF would like to personally congratulate each of the nominees as well as their schools and coaches on their tremendous accomplishments,” said NFF President & CEO Steve Hatchell. “We are extremely proud to highlight each semifinalist’s achievements, showcasing their ability to balance academics and athletics at the highest level. The NFF Awards Committee will have an incredibly difficult task in selecting the finalists from this outstanding group of candidates.”