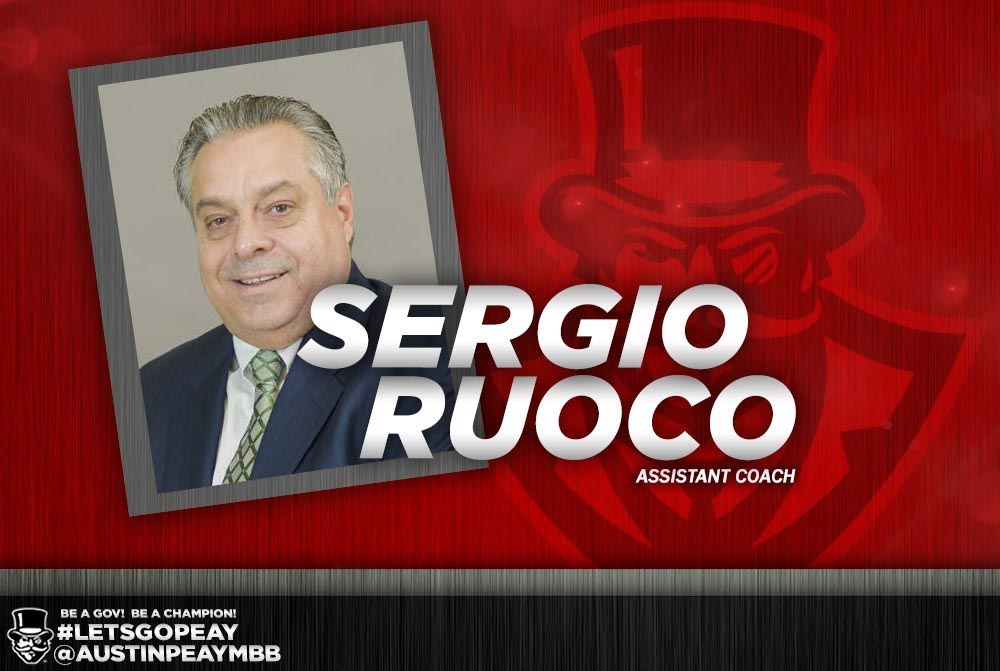 Clarksville, TN – As Austin Peay State University head men’s basketball coach Matt Figger begins to round out his coaching staff, an important piece to the puzzle was added this week as Sergio Ruoco became the third full-time assistant to join Figger’s first staff at APSU.

Ruoco was last at South Florida, where he spent three seasons as an assistant for Orlando Antigua and Murry Bartow. 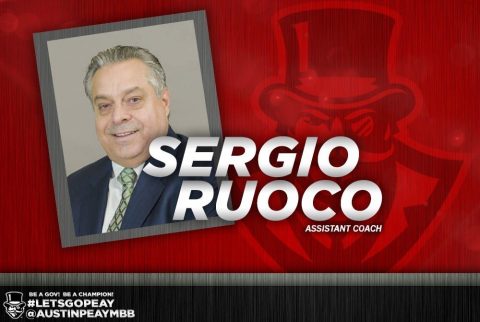 It was just the latest stop in a 25-year career spanning the prep, collegiate and international professional scene.

Ruoco broke into collegiate coaching at Florida International as an assistant, serving four seasons (1987-91) and returning to FIU as an assistant from 2000-2003.

He spent a season with Billy Gillespie at UTEP in 2003-04, helping the Miners win 24 games and advance to the NCAA Tournament.

Ruoco parlayed that success into a return trip to Miami for the head coaching position at FIU, which he held from 2004-09. During Ruoco’s tenure as the head coach of the Panthers, FIU made a semifinal appearance in the Sun Belt Championship, the program’s longest postseason run since 1998, and mentored four All-Sun Belt players.

In his first season with Ole Miss, Rouco helped the Rebels win 20 games and earn an NIT bid. Long known for preaching defensive tenacity, Ole Miss became one of the SEC’s stingiest squads in 2011-12, ranking third in the league in field-goal percentage defense (.405), while Buckner was named to the SEC All-Defensive Team.

He boasts professional head coaching experience for Club Mauricio Baez (1995) and Los Minas (1996) in the Dominican Republic, helping both squads reach the semifinals of the playoffs. In 1996-97, he was the head coach of the Trotamundos de Carabobo in Venezuela, and he returned to that country in 2010 to coach Marinos de Anzoategui.

“He has coached at every level you can imagine,” Figger said. “He’s coached in the SEC, the AAC, he’s been a head coach in the Sun Belt, he’s been a professional coach in Venezuela and the Dominican Republic. He brings a wealth of knowledge and experience as a guy whose walked in my shoes as a head coach, and he has unbelievable international ties.”

He also spent three years as an associate director at the Boys & Girls Club of Miami, where his duties included supervising athletic programs, 30 employees and 8,000 youth, as well as spearheading fund-raising efforts and payroll budgeting.

A 1987 graduate of Nova Southeastern with an education degree, Rouco and his wife, Kelly, have two sons – Sergio Alessandro and Fabian.