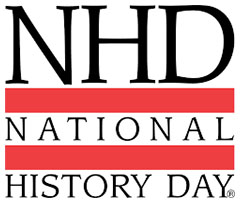 Washington, D.C. – Eighteen middle and high school educators have been selected to participate in Memorializing the Fallen: Honoring those Who Served — a professional development program based on a partnership between National History Day®, the National Cemetery Administration (NCA), and the American Battle Monuments Commission (ABMC).

During this nine month program, teachers learn about those who served during World War I and the Korean War, and their experiences as Veterans after the war.

Throughout the program, teachers attend virtual lectures, engage in scholarship on the conflict, and participate in discussions.

Because immersive experiences create richer teaching materials, the group will walk in the footsteps of history as they travel to one of 18 national Veterans’ cemeteries, as well as some sites associated with the period in which their Veteran served. This advanced professional development for teachers pays for travel to locations as well as curriculum development materials.

All of these activities support the development of the final products the teachers create: a lesson activity connected to a local cemetery, a fallen hero profile, and a Veteran profile. Teachers will research the life of a fallen hero, an American who died during the conflict and is buried or memorialized at a national, state or tribal Veteran’s cemetery or an American military cemetery overseas.

Here is a CMCSS-produced video story about Whitney Joyner’s work with the family of a fallen hero who served in the Pacific during World War II.

At the same time, the teachers are developing a lesson activity connecting one element of WWI or the Korean War with a local national, state, or tribal Veteran’s cemetery. Activities are designed for use by school or community groups who visit the cemetery. Materials will be created using sources from the NCA, ABMC, the National Archives and Records Administration, and the local community.

The goal for the Memorializing the Fallen program is to invigorate the teaching and learning of WWI and the Korean War in classrooms as we mark the centennial of WWI and the 65th anniversary of the Korean War. All of the resources will be made available for free at NCA’s Veterans Legacy Program website in November 2018.The following teachers have been chosen for this competitive program.

Teachers are listed with the school, city and state, and the cemetery they have been assigned.

National Memorial Cemetery of the Pacific

Established in 1974, VA’s National Cemetery Administration (NCA) operates 135 national cemeteries and 33 soldiers’ lots and monuments sites. More than 4.3 million Americans, including Veterans of every U.S. war and conflict, are buried in VA’s national cemeteries. For Veterans not buried in a VA national cemetery, VA provides headstones, markers, or medallions for placement in private cemeteries around the world. More information is at www.cem.va.gov

More information is at www.abmc.gov

NHD is a non-profit education organization headquartered in College Park, MD. Established in 1974, NHD promotes an appreciation for historical research among middle and high school students through multiple annual programs. More than half a million students participate in the annual National History Day Contest. These research-based projects are entered into contests at the local and affiliate levels, where the top entries are invited to the National Contest at the University of Maryland at College Park.

NHD provides professional development opportunities and curriculum materials for educators of all levels. NHD is sponsored in part by HISTORY®, Jostens, the National Endowment for the Humanities, the National Park Service, Southwest Airlines, the Joe Weider Foundation, and the WEM 2000 Foundation of the Dorsey & Whitney Foundation.