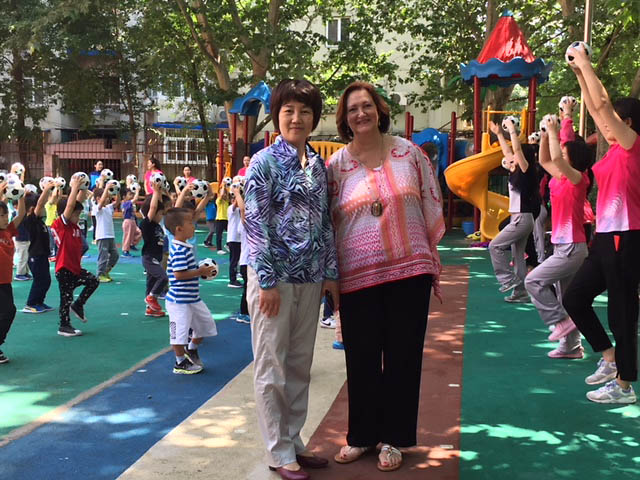 The Austin Peay State University professor and chair of the APSU Department of Teaching and Learning within the Eriksson College of Education downloaded the app earlier this summer, while on a recruiting trip to China, and now whenever she picks up her phone, she learns of another potential international student eager to study at APSU.

“Chinese students want to come to the United States and have an international experience,” she said. “So in the spring, a plan was formed with department faculty and graduate assistants from China, to organize a recruiting trip.”

The University’s Center for Extended and International Education decided APSU’s Eriksson College of Education might appeal to students in that area, so in late May Bruster went on a 10-day recruiting trip through northeastern China. During her travels, she visited three universities and initiated potential 3-plus-2 partnerships with these institutions. 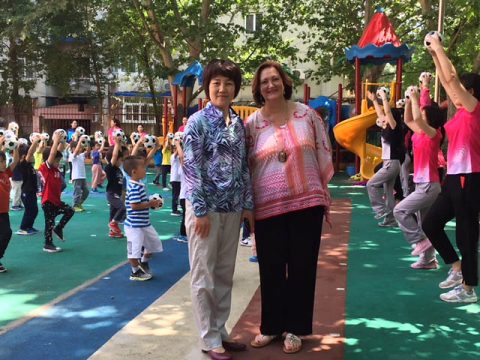 “With the 3-plus-2 partnerships, these students would finish three years of their education in China,” she said. “Then they would come here their senior year and stay at Austin Peay as graduate students.”

Bruster presented a lecture to more than 300 faculty members and students on literacy and language acquisition at Baotou Teacher’s College and Jining Normal University. Several students from both colleges are planning to enroll at APSU in the coming year, and Bruster’s trip might also bring some of the world’s top athletes to campus next year. 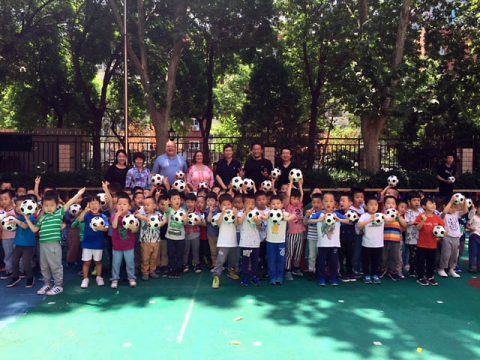 “We went to Beijing Sport University (BSU), where China sends a lot of their national athletes and trains Olympic athletes from all over the country,” she said. “Right now, there’s a proposed partnership with Austin Peay and BSU to send these students to study Health and Human Performance at Austin Peay.”

Since 2015, the University has moved aggressively forward in targeting international students. APSU’s international student recruiters have visited Mexico, Morocco, India, the United Kingdom and Vietnam, and they’ve worked on similar partnerships with universities in Taiwan, China, Japan and South America.

At the end of the recruiting trip, Bruster visited the Beijing Bokai Zhineng Quan’na Kindergarten, and that school is now planning to send four teachers to APSU this summer.

“In China, there’s an initiative for Chinese children to learn English,” she said. “The director wants to send his teachers here for graduate degrees in early childhood education.” 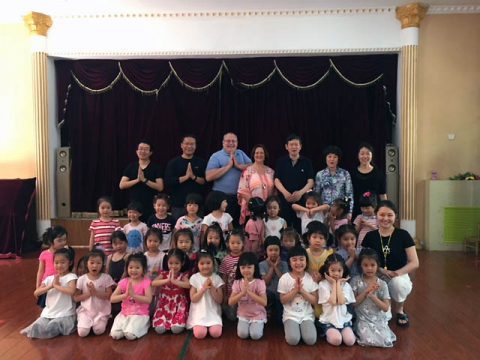 Bruster developed the recruiting trip with help from two of her colleagues, Dr. Ling Wang and Dr. Bing Xiao, and a graduate student, Ma Ji, who are all originally from China. Her husband, APSU computer science instructor Barry Bruster, accompanied her on the trip, and he was able to promote international opportunities to potential graduate students with APSU’s Department of Computer Science and Information Technology. He also presented a lecture to 40 faculty members at Jining Normal University.

Dr. Michael Shen, APSU associate professor of business, joined the Brusters on the trip to serve as a translator and guide.