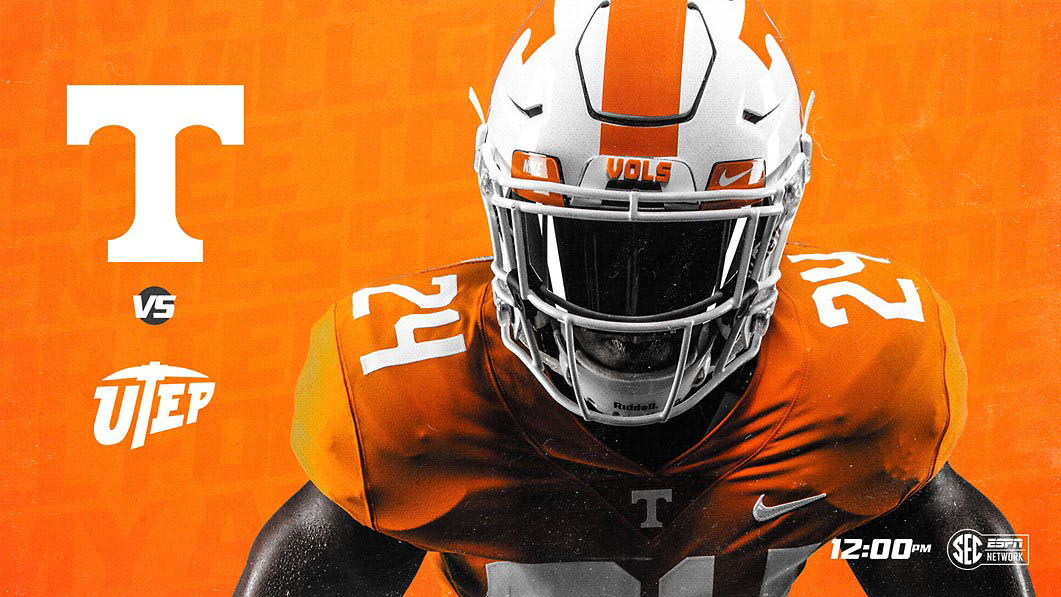 Knoxville, TN – Tennessee Vols Football will look to improve to 2-1 on the season this Saturday afternoon when the Volunteers host the UTEP Miners at Neyland Stadium.

Kickoff for Saturday’s contest is slated for 11:00amn CT on the SEC Network with Dave Neal (play-by-play) and DJ Shockley (analyst) calling the action in the booth and Dawn Davenport reporting from the sidelines. Vol Network radio affiliates will have a live audio broadcast with Bob Kesling, Tim Priest and Brent Hubbs. Sirius (Channel 98) and XM satellite radio (Channel 190) will also carry the game. 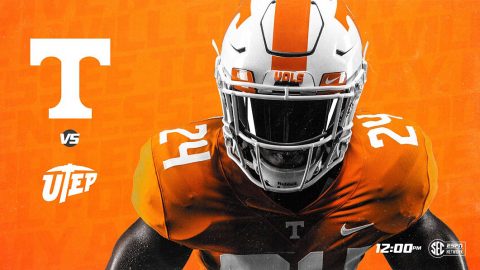 The Vols are coming off their first win of the Jeremy Pruitt era, a 59-3 victory over East Tennessee State in last Saturday’s home opener.

Pruitt became the fifth straight UT head coach to win his home opener in his first season, as the Big Orange won their 14th consecutive game against an in-state non-conference opponent.

Graduate transfer running back Madre London also found the endzone for the first time in a Tennessee uniform, rushing for a pair of scores. Fellow grad transfer Keller Chryst threw his first touchdown pass for UT in the fourth quarter as well.

Tennessee has not committed a turnover through two games this season and boasts a plus-four turnover margin, which is tied for ninth nationally. The Big Orange are one of just three teams in the county that have played two or more games that have not committed a single turnover. The other two are Clemson and LSU.

The Vols scored a pair of non-offensive touchdowns against the Buccaneers last week. Junior defensive back Marquill Osborne blocked a punt in the first quarter and returned it eight yards for a touchdown to put UT ahead 10-0. Later in the half, redshirt junior linebacker Darrin Kirkland Jr. intercepted a pass on a tipped ball and raced 33 yards to the checkerboards to give the Vols a 31-0 lead.

The las time the Big Orange blocked a punt and had a pick-six in the same game was back on Nov. 3, 2007 in a 59-7 win over Louisiana-Lafayette.

Tennessee cornerback Bryce Thompson was named the SEC Freshman of the Week on Monday for his standout performance against ETSU.

The Irmo, South Carolina native became the fourth true freshman to start for the Vols this season and had four tackles, two tackles for loss, one pass breakup and made his first-career interception in last Saturday’s victory.

Tennessee will wear helmet stickers and take part in other initiatives on game day in support of the College Football Playoff Foundation’s Extra Yard for Teachers platform. The CFP supports education across the country. The Extra Yard for Teachers campaign elevates the teaching profession by inspiring and empowering teachers through the implementation of programs in four focus areas: resources, recognition, recruitment and professional development.

About University of Texas at El Paso

The University of Texas at El Paso is led by first-year head coach Dana Dimel, who spent the previous nine seasons as the offensive coordinator at Kansas State. This is Dimel’s third head-coaching stint after spending time as the head man at Wyoming (1997-99) and Houston (2000-02). Dimel was the head coach at Wyoming in 1999 when the Vols defeated the Cowboys, 42-17, in Neyland Stadium.

The Miners are led by a dynamic playmaker at quarterback in Texas transfer Kai Locksley. The junior signal caller was named the 2017 Spalding NJCAA Offensive Player of the Year after leading Iowa Western C.C. to an 11-1 record last season. Through two games with UTEP, Locksley leads the team in passing yards (177) and rushing yards (169). Locksley rushed for 119 yards and two scores in a loss to UNLV last week.

UTEP is led by another transfer on the defensive side of the ball, as linebacker A.J. Hotchkins has tallied 21 tackles to lead the team through two games. The former Oregon Duck came to the Miners as a graduate transfer this offseason.