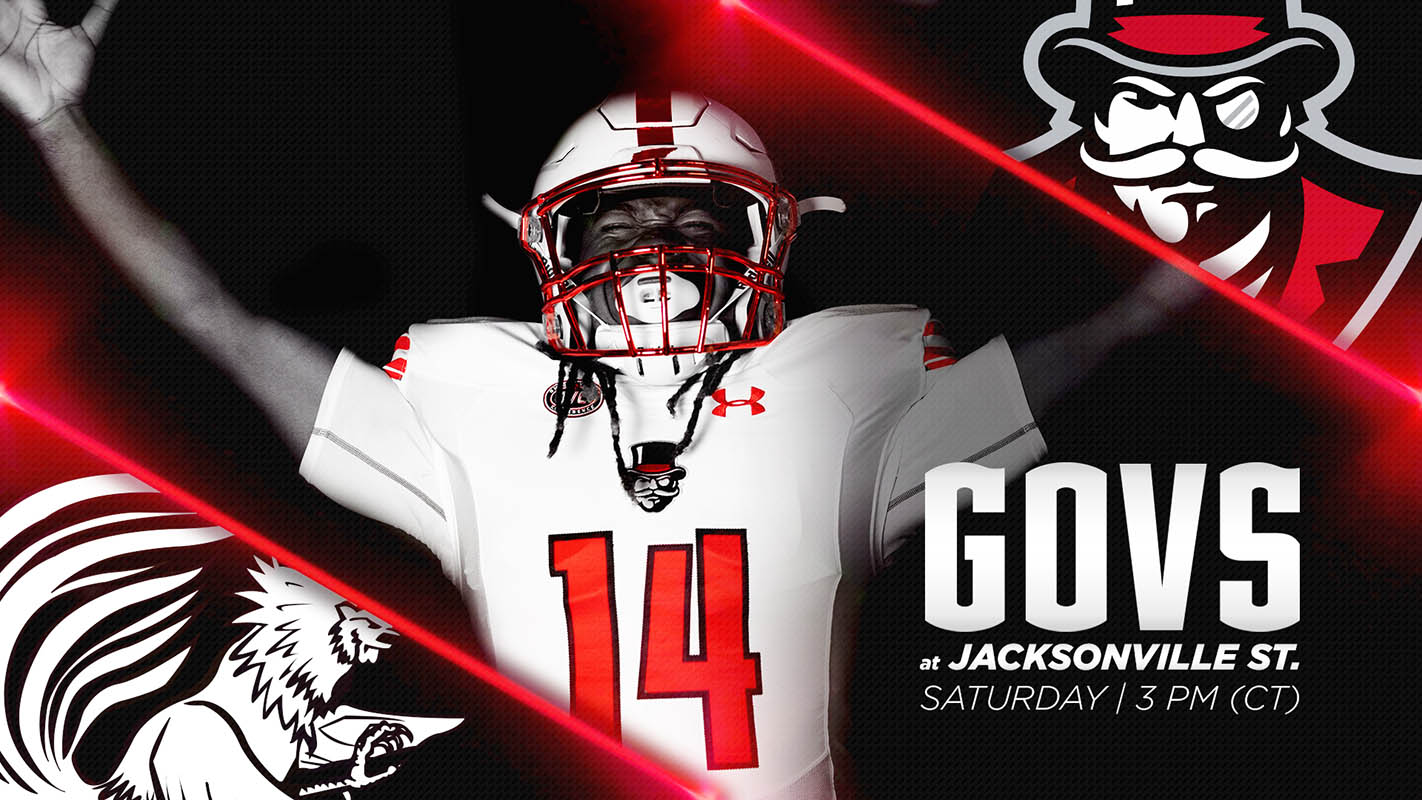 Clarksville, TN – The Austin Peay State University (APSU) football team wraps up its three-game road trip when it travels to No. 8 Jacksonville State for a 3:00pm kickoff, Saturday. 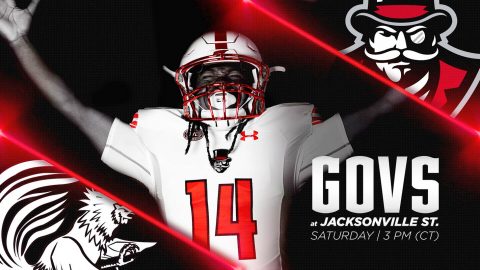 The Gamecocks won the OVC for the fourth consecutive season in 2017, and the Governors finished second in the league. In preseason polls by coaches and media, the teams were picked to finish in the same spots again this season, making this a critical matchup in determining the conference champion.

“I think their scheme is really good,” head coach Will Healy said. “They make it difficult for you on some of the reads and option stuff that we do. I think they rally to the football: they get hats to the football and they’re going to get safeties involved in run fits. We’re going to have to win on the perimeter.”

The Governors travel to JSU for the final leg of a three-game road swing. They are 1-1 on the road trip, and will be looking for their first victory in Ohio Valley Conference play.

The matchup between Austin Peay and Jacksonville State will be this season’s first OVC Game of the Week selection, broadcast on ESPN3. The Governors’ next game – a home tilt against Tennessee State on October 6th – will be next week’s Game of the Week.

Coming off of a game in which they held the OVC’s leading passer, Dresser Winn, 75 yards under his season average, the defense is allowing just 169.8 yards per game passing, which ranks second in the OVC and 21st nationally.

The defense intercepted Winn twice on Saturday, bringing its season interception total to four, which ranks 29th in the country. The Govs have intercepted a pass in three straight games, and have forced at least one turnover in all four games in 2018.

Austin Peay ranks second in the OVC and 14th in the country in rushing yards per game, churning out 266.5 yards per game on the ground. Kentel Williams leads the way 272 yards; he is one of four players that has crossed the century mark and one of six players with 90 or more yards on the season.

Don’t let his name fool you, center Byron Glass is anything but fragile. The senior has played in every game since his freshman year – 38 to be exact – and has started 37 straight games. His 37 career starts are six more than guard Ryan Rockensuess, who is second on the team with 31.

Glass is the anchor for an offensive line that has paved the way for 266.5 rushing yards per game and allowed only five sacks, which ranks tops in the OVC.

2 – With two interceptions against UT Martin, the Governors secured their first multi-interception game since the 2017 season finale against Eastern Illinois.

6.5 – Preseason All-American Jaison Williams has been in the backfield on a regular basis, racking up 6.5 tackles for loss – including 1.0 sack – on the season that have set opponents back 27 yards.

6.5 – The Governors are averaging 6.5 yards per carry through the first four games of the season. They have gained 1,066 yards on 164 carries. The five leading rushers are all averaging at least 5.2 yards per carry.