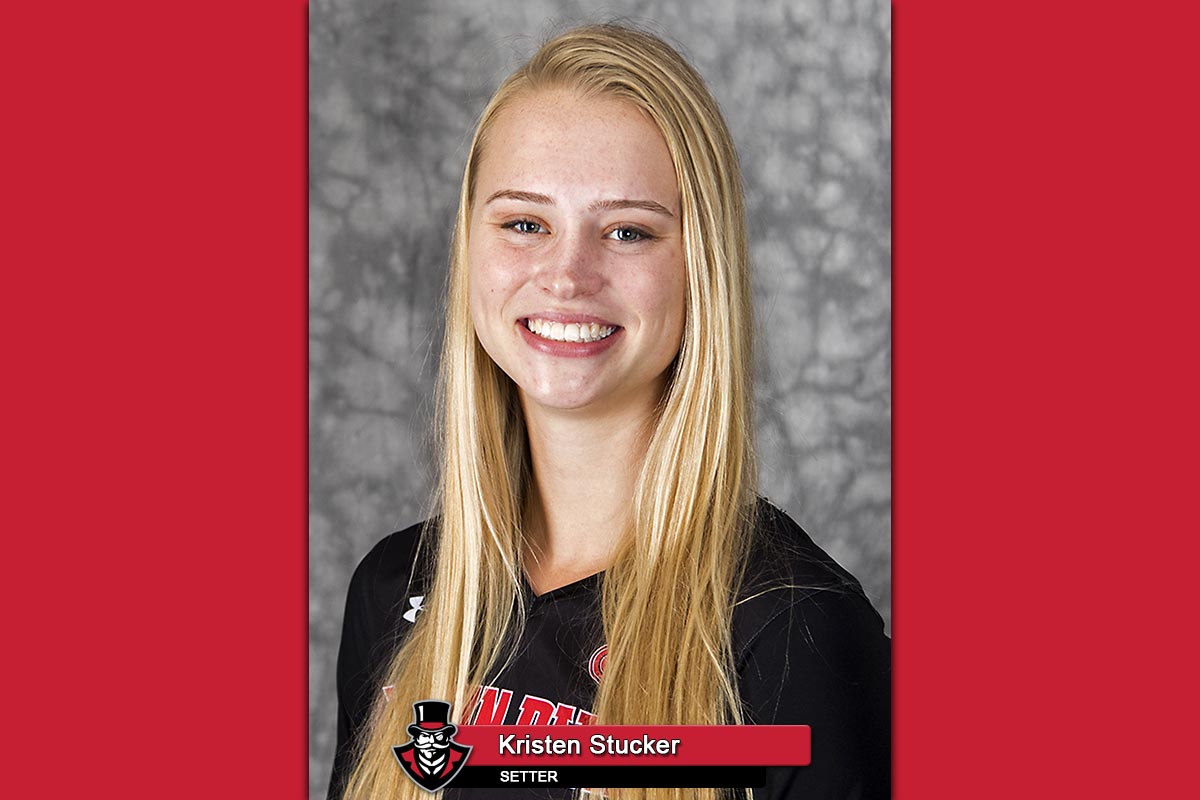 Brentwood, TN – For the final time in her vaunted career, Austin Peay State University volleyball’s senior setter Kristen Stucker has been named the Ohio Valley Conference’s Setter of the Week.

Stucker, of Johnston, Iowa, claimed the award for the seventh time in 12 weeks this season. 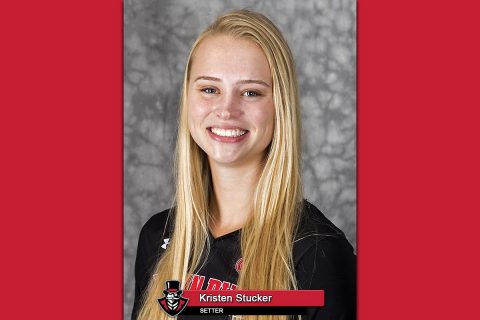 It also is the 21st time she has been named OVC Setter of the Week during her four-year career.

Stucker led the Governors to their second-straight OVC regular-season title last week, pacing the offense to an impressive .257 team attack percentage while posting wins at SIU Edwardsville and Eastern Illinois. She averaged 12.71 assists per set and also provided defensive help to the tune of 2.86 digs per set.

In Austin Peay’s win at SIUE, Stucker provided 41 assists (13.67 per set) as the Govs posted an impressive .280 team attack percentage. She followed that with 48 assists (12.00 per set), 15 digs and three kills in the win at Eastern Illinois.

Behind her performance, outside hitters Brooke Moore and Cecily Gable had two of the best offensive outings of the season. Gable notched the Govs third 20-kill outing this season, finishing with 21 kills, and her .465 attack percentage is the best by an APSU hitter this season. Just a day earlier, Moore posted 15 kills at SIUE and her .458 attack percentage is now the third-best outing by a Govs hitter in 2018.

Austin Peay will host the 2018 OVC Volleyball Championship, Thursday-Saturday, at the Winfield Dunn Center. The Governors open tournament play against No. 8 seed Tennessee State in a 7:00pm, Thursday contest.