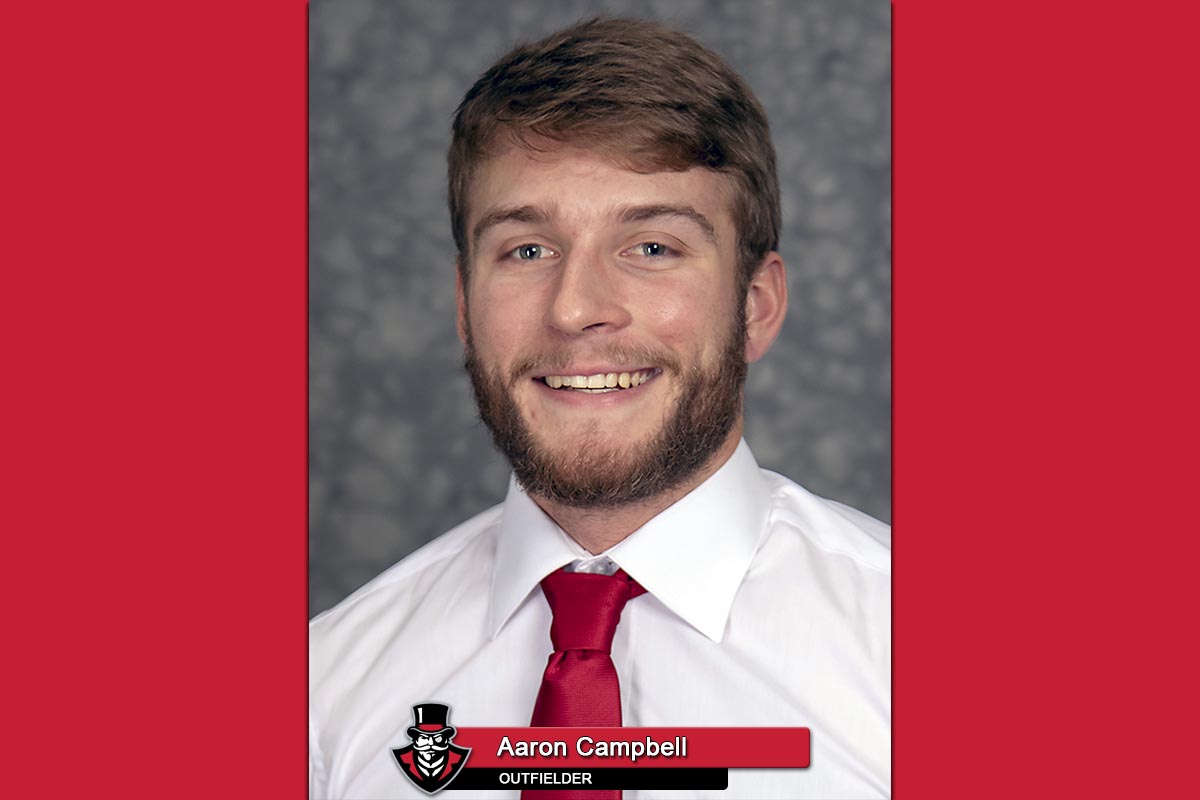 Brentwood, TN – The Austin Peay State University (APSU) baseball outfielder Aaron Campbell drove in 10 runs in the Governors sweep of Eastern Illinois and was named the Ohio Valley Conference Player of the Week, Monday, May 13th, 2019. 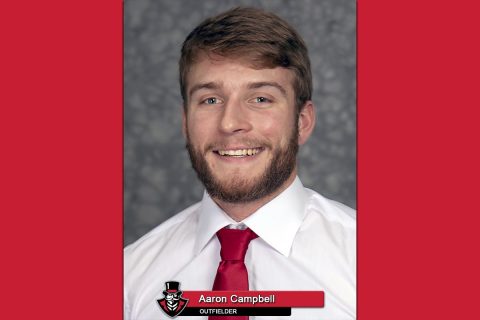 Campbell, of Ellendale, Tennessee, batted an impressive .692 (9-for-13) in four games last week, with five doubles a home run, 10 RBI and six runs scored. He also walked three times, finishing with a .706 on-base percentage and had a 1.308 slugging percentage.

The Govs outfielder opened his week by reaching base in all four plate appearances against nationally-ranked Tennessee. Campbell had two doubles as part of a 3-for-3 outing that also saw him earn a walk. It was the third time this season he had reached base in every plate appearance during a game.

Campbell opened the Eastern Illinois series with a two-run double in the first inning of Game 1 before leaving the game due to a lower-body injury suffered on defense in the bottom of the first.

However, he returned in Game 2 and went 4-for-6 with seven RBI as part of the Governors program-record 34-hit barrage in a 29-5 romp. Campbell put Austin Peay ahead for good in the game with a first-inning grand slam then added RBI in the second, third and seventh innings. Campbell closed the series with an RBI double in a 1-for-3 outing that also saw him walked twice.

Austin Peay begins a four-game homestand with a 6:00pm, Tuesday, May 14th contest against Western Kentucky on Joe Maynard Field at Raymond C. Hand Park. The Governors then host Jacksonville State in a winner-take-all OVC series that will determine the league’s regular-season title, Thursday-Saturday.

Tickets for the homestand are available online at www.LetsGoPeay.com/buytickets