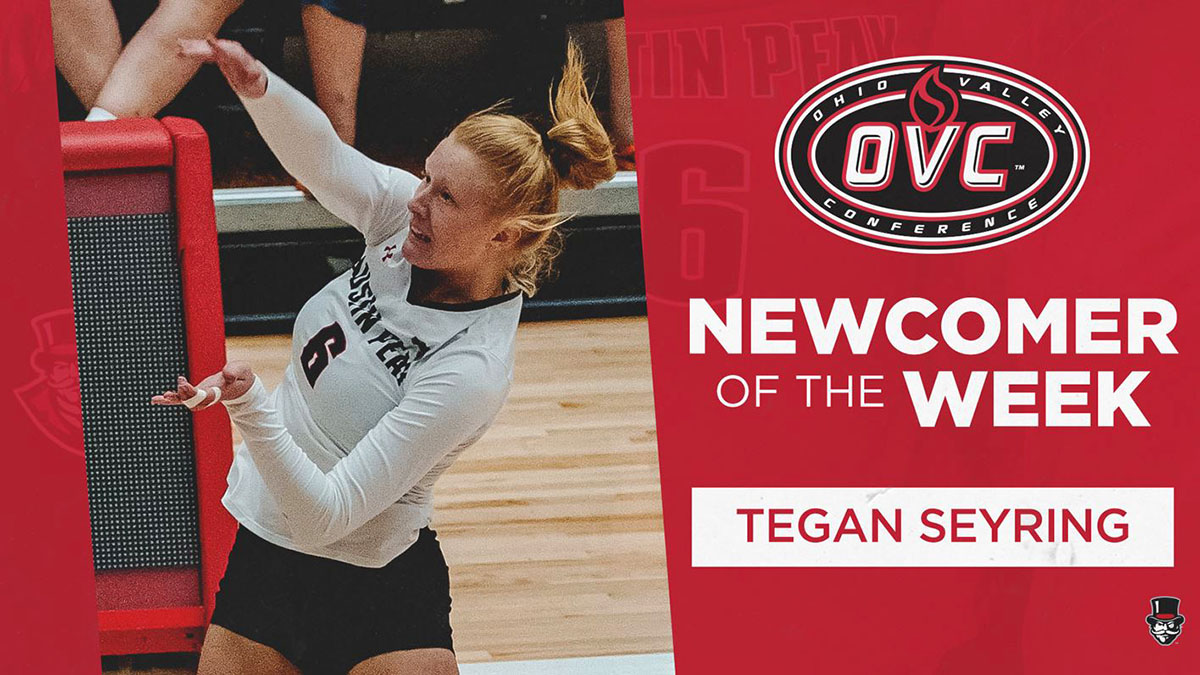 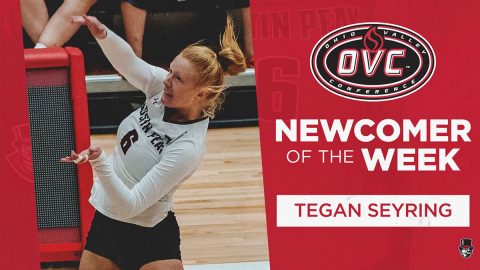 Seyring, of Tallahassee, Florida, was called off the bench in the third set of the Friday’s contest against Southeast Missouri and helped the Governors rally back to tie the match and force a fifth set.

She posted 11 kills (3.67 per set) and three blocks in the three sets she played against the Redhawks.

Less than 24 hours later, Seyring put forth her best performance of the season in Austin Peay State University’s victory against UT Martin. She posted a career-best 13 kills against the Skyhawks while hitting .296 and again posting three blocks.

Seyring becomes the second APSU volleyball athlete to earn one of the league’s weekly awards. Ginny Gerig Busse was named the Defensive Player of the Week, September 2nd.

Austin Peay closes out its three-game homestand when it hosts Murray State in a 6:00pm, Wednesday contest at the Dunn Center that is the opening event in the 2019-20 First Financial Battle of the Border. Wednesday’s contest is a matchup between OVC first place teams.