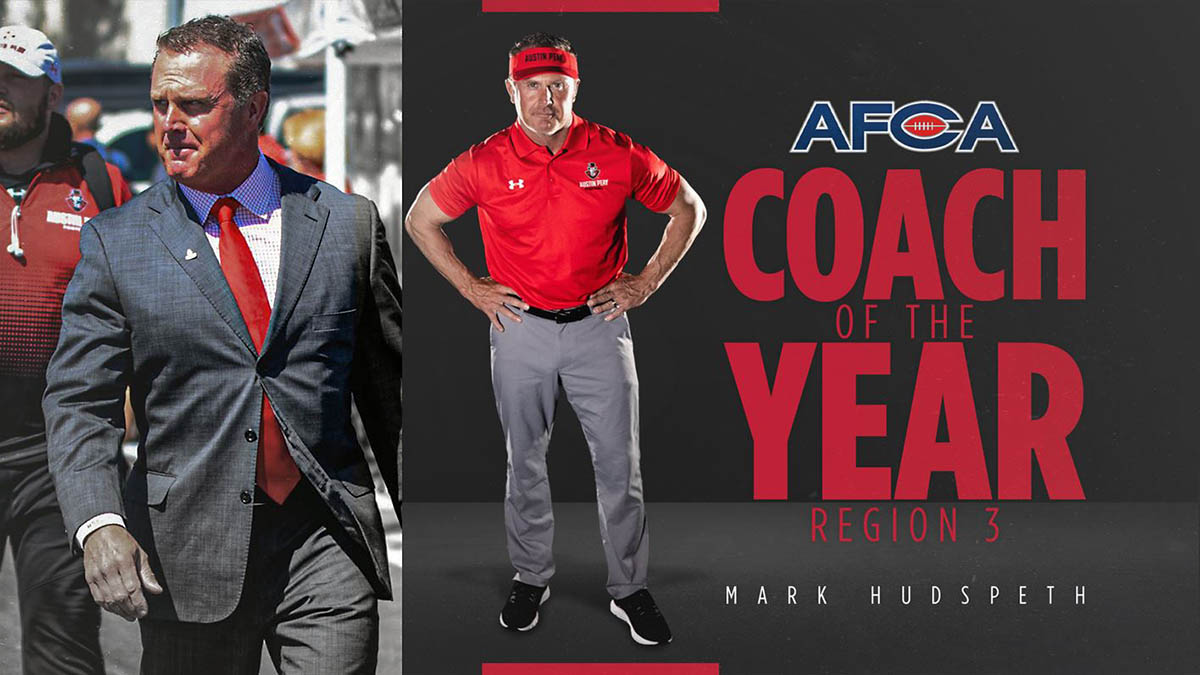 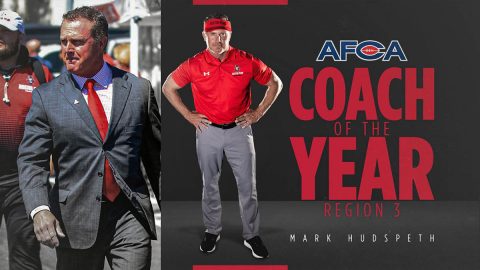 Earning regional honors automatically makes Hudspeth a finalist for AFCA National Coach of the Year honors, which will be awarded January 14th, 2020, at the AFCA Awards ceremony during the 2020 AFCA Convention in Nashville.

The winners are selected by active members of the association who vote for coaches in their respective regions and divisions.

He became the fourth head coach in program history to earn OVC Coach of the Year honors, joining Bill Dupes (1964), Boots Donnelly (1977) and Will Healy (2017). On November 25th, Hudspeth was named a finalist for the 33rd Eddie Robinson Coach of the Year Award, given annually to the top Division I FCS coach courtesy STATS Perform Inc.

The first-year head coach also engineered the first two FCS playoff victories in program history, against Furman (November. 30th) and Sacramento State (December 7th). The Govs are just the 15th team in OVC history to advance to the quarterfinals or further in the FCS Playoffs since the playoff expanded to 16 teams in 1986 (and later 24 teams). The Govs are the first non-Jacksonville State squad from the league to advance to the quarterfinals since Western Kentucky in 2000.

Hudspeth will lead the Govs into their quarterfinal contest at fifth-seeded Montana State, 7:00pm, Friday, in Bozeman.