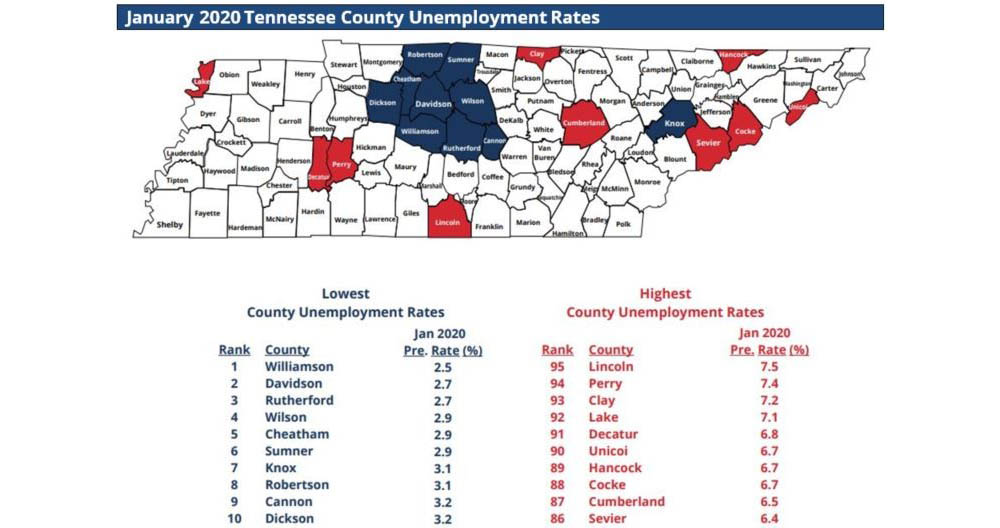 Nashville, TN – New data released by the Tennessee Department of Labor and Workforce Development shows unemployment increases in nearly all of Tennessee’s 95 counties in January 2020.

Montgomery County unemployment rate in January was 4.1 percent, up 0.7 percent from December’s 3.4 percent. 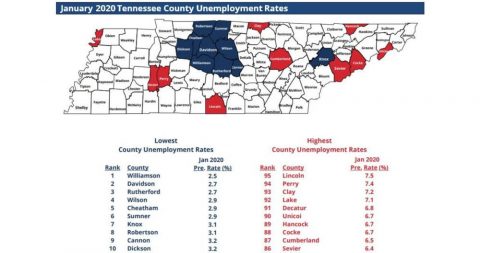 Ninety-four counties experienced some level of increase during the first month of the year. Meigs County is the only county in the state where unemployment remained unchanged in January.

Williamson County continues to have the state’s lowest jobless numbers. Its new rate of 2.5% represents a 0.4 percentage point increase from December 2019, but a 0.1 percentage point decrease when comparing that figure to January 2019.

Unlike the statewide unemployment rate, county rates are not seasonally adjusted.

Statewide, January is the fifth consecutive month Tennessee recorded an unemployment rate of 3.3%.

Nationally, the seasonally adjusted unemployment rate did increase between December and January by 0.1 percentage point to the new rate of 3.6%.

You can find a complete analysis of Tennessee’s January 2020 county unemployment data here.