HomeNewsTennessee Unemployment Rate Drops in Nearly Two-Thirds of the Counties, Does Not...
News

Tennessee Unemployment Rate Drops in Nearly Two-Thirds of the Counties, Does Not Reflect Full Impact of COVID-19 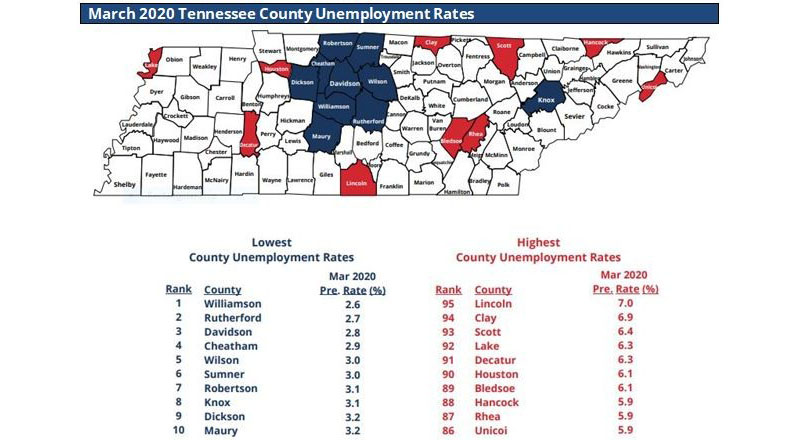 March Unemployment Figures do not Include End of Month Business Closures

The unemployment data for the month does not take into account the impact of the COVID-19 Coronavirus health emergency. 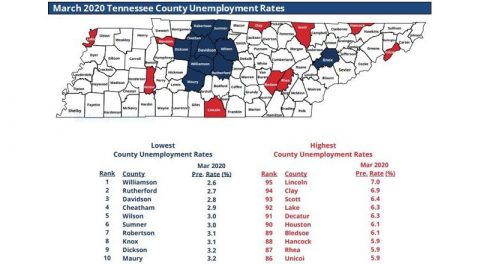 The federal government conducted its survey to measure the number of Tennesseans who were out of work during the second week of the month, between March 8th and 14th.

The Tennessee Department of Labor and Workforce Development did not begin to see the unprecedented increase in unemployment claims until the third and fourth weeks of March.

Unemployment rates decreased in 61 counties during March, increased in 18 counties, and remained the same in 16 counties.

Sixty-eight counties had unemployment rates lower than 5% for the month, while 27 counties had rates that were 5% or higher.

Montgomery County’s unemployment rate in March was 4.8 percent which was up 0.4 percent from February.

Lincoln County recorded Tennessee’s highest unemployment rate at 7%, which is a 0.2 of a percentage point drop when compared to the previous month.

You can review a complete analysis of March 2020 unemployment data for each county here.