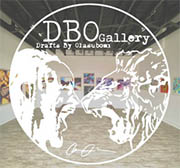 Clarksville, TN – A collection of 12 arresting paintings by Olasubomi Aka-Bashorun will go on display at DBO Gallery in Clarksville, Tennessee next month, to bring awareness to the homeless youth pandemic currently happening on an international scale.

#Homeless Youth Series comprises striking black and white portraits and vignettes that were inspired by Aka-Bashorun’s own encounters, and by photographs by artists like Lee Jeffries.

Each painting (composed with acrylic and graphite) is accompanied by a poem written either by adults who were forced to live on the streets at an early age, or by Aka-Bashorun himself, and which further sheds light on the paralyzing loneliness and damaging isolation experienced by homeless youth.

T-shirts, calendars and prints will be available for purchase as part of the exhibition, with proceeds going to Oasis Center, a local non-profit working to decrease the pandemic.

The current statistics for youth homelessness are staggering: in the United States alone, recent figures place at 1.3 million the number of children and youth experiencing homelessness. Young people aged 12-17, in particular, are more at risk of homelessness than adults, with social and demographic factors as varied as race and sexual identity. Horrifyingly, over 60% of homeless youth suffer from various forms of abuse, an experience which will drastically impact the rest of their life.

Under Aka-Bashorun’s brushstrokes, these statistics become direct depictions of what homelessness looks like in real life. At Nine (48 x 36in), one of the most arresting paintings in the exhibition, was directly inspired by a young girl the artist met in Mexico. Painted in a begging position, with her hands in her lap, the child looks even younger and vulnerable for the way she is looking up at the viewer.

Aka-Bashorun himself wrote the accompanying poem, here shown directly on the painting. Starting with “I met you when you were nine”, it details the harrowing events and living conditions the little girl has already faced in her young life. Previously exhibited in the DAC’s Annual Regional Juried Art exhibition in Clarksville, TN in 2017, At Nine won the ‘Best Work’ award.

As well as highlighting details, Aka-Bashorun’s choice of monochromatic colors further emphasizes the various issues surrounding youth homelessness. The black and white colors mirror the way public perception still fails to understand the complexity of the crisis –for instance with the widespread stereotypes of homeless people as drug addicts and runaway menaces. Similarly, the softer nuances of the graphite reflect some of the factors leading to homelessness, like mental illness and neglect, and which Aka-Bashorun describes as “the gray areas we never see”.

As well as portraits, Aka-Bashorun’s ability to impact his audience through the depiction of a simple detail –in this case, a pair of hands –is evident in Invisible. By playing with the roughness of plywood as the support material, and the way the paint catches on its surface, Aka-Bashorun focuses on the subject’s rough skin and broken fingernails.


The author of the poem for Invisible describes being ignored by passers-by; the last line simply reads “You need to look at me because it’s love that I need”.

Olasubomi Aka-Bashorun commented on the exhibition: “I think artists are here to change the world. Art, for me, is more than creating aesthetic images; it’s about solving the problems of today. I am very proud to be working with a local homeless nonprofit for this exhibition, and I hope it will significantly contribute to bringing awareness to the youth homelessness crisis.”

#Homeless Youth Series is a travelling exhibition that has previously been shown in the UK as well as the U.S.

Olasubomi Aka-Bashorun was born in Lagos, Nigeria in 1987 and raised in Edmond, OK. He graduated from Oklahoma Baptist University in 2010 with a BA in Studio Art and Family Psychology. Aka-Bashorun’s paintings have garnered several awards, including ‘Best Work’ at the Mabee-Gerrer Museum of Art in Shawnee, OK in 2011. Some of his previous bodies of work have focused on abstract and cityscape views, as well as contemporary portraiture.

He runs the DBO Gallery at two sites in Nashville and Clarksville, Tennessee and frequently partners with nonprofit organizations supporting people in need. Aka-Bashorun lives and works in Clarksville, TN.

The DBO Gallery is located at 106 North Second Street in Clarksville, TN.