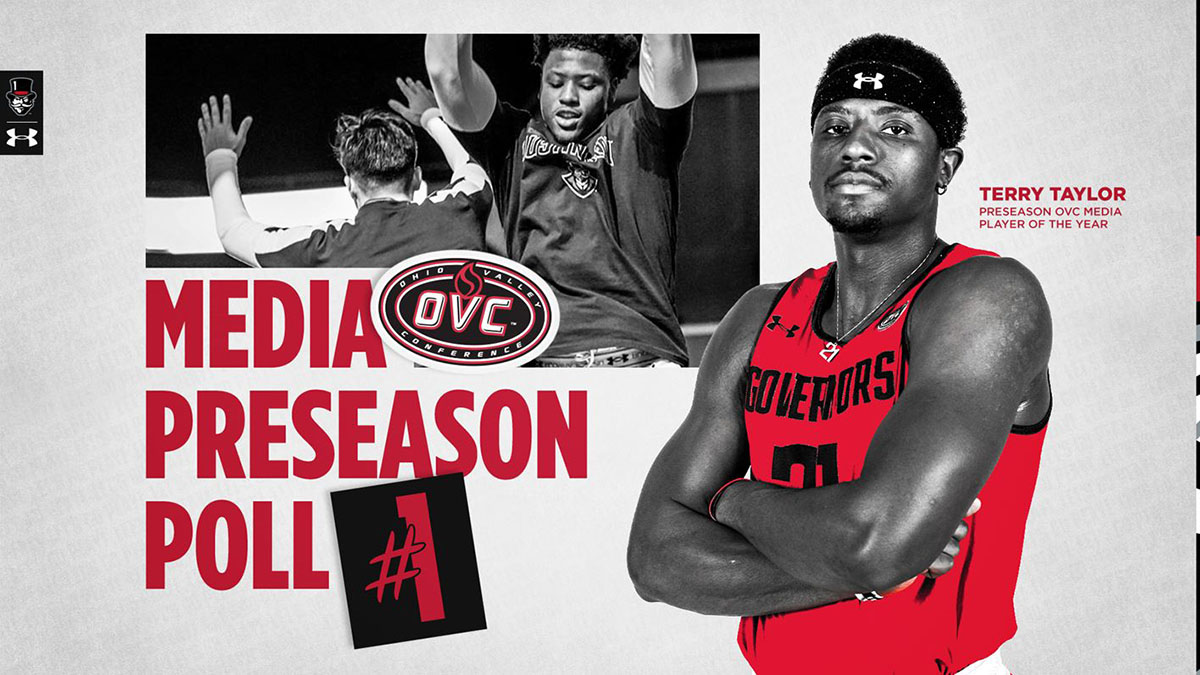 Brentwood, TN – After earning acclaim from the Ohio Valley Conference’s coaches and sports information directors two weeks ago when the league’s official preseason poll and preseason All-OVC teams were released, Tuesday, November 17th, 2020 revealed what the assembled OVC media pundits think of the Govs heading into 2020-21. 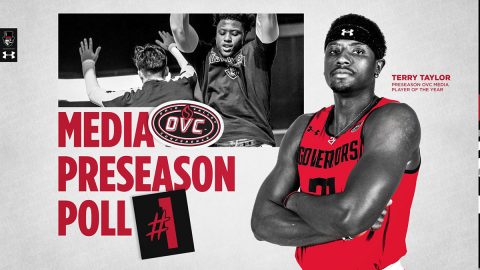 The media picked the APSU Govs as co-favorites to win the league, alongside rival Murray State, with both programs earning six first-place votes and 145 total points in the predicted order of finish.

Additionally, Terry Taylor was tabbed as the media’s Preseason Player of the Year for the second year in a row.

This is the seventh year in a row the league’s media members have chosen a preseason poll, and the first one the Governors have been favorites or co-favorites. Belmont picked up the other first-place vote in being picked third (137 points). Eastern Kentucky was picked fourth (115), followed by Eastern Illinois (98), Tennessee State (92), Jacksonville State (80), Tennessee Tech (56), Morehead State (54), UT Martin (46), SIU Edwardsville (29) and Southeast Missouri (17).

Taylor’s achievements are well-documented at this point. The Bowling Green native averaged 21.8 points and 11.0 rebounds—the first APSU Gov to average 20 and 10 since Otis Howard in 1977-78—while hitting 55.0 percent from the floor and averaging 1.3 blocks and 1.3 steals per game last season. He was the only player in the OVC to average more than a block and a steal per game last season—he recorded multiple blocks, steals or both in 22 of 33 games—and earned a league-record tying eight OVC Player of the Week honors.