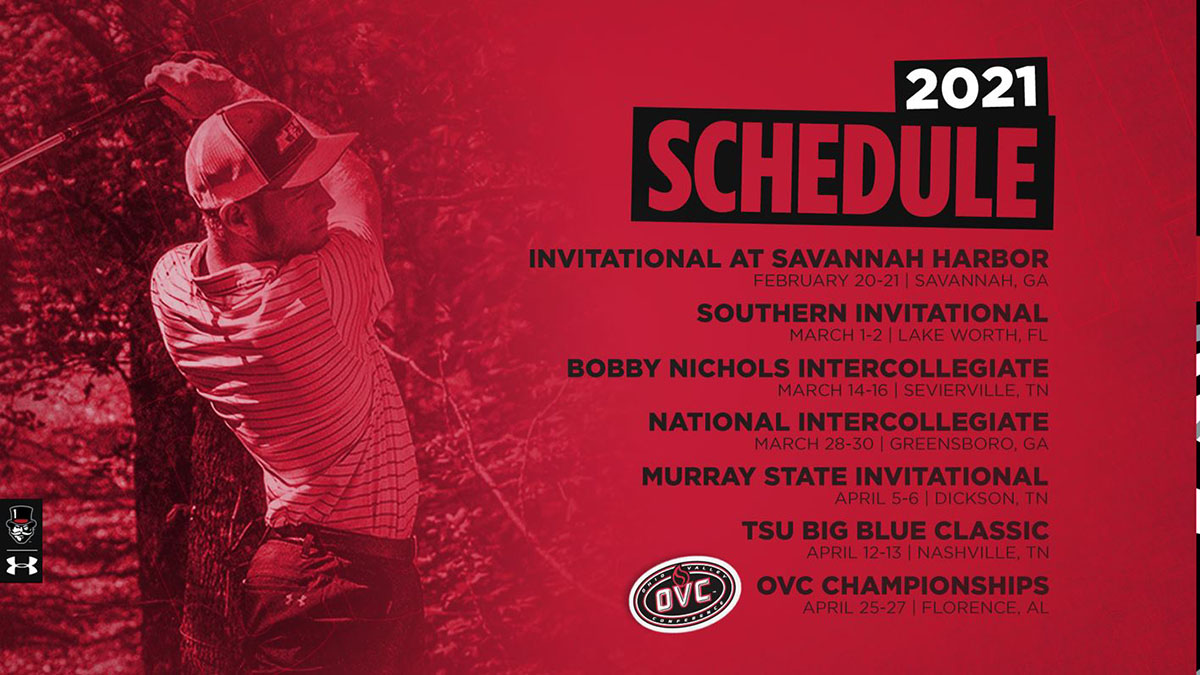 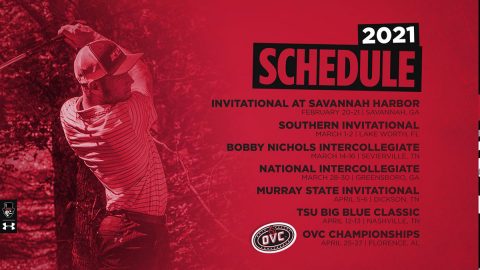 The APSU Govs will open the spring in a spot they’re accustomed to seeing, with William & Mary’s Invitational, February 20th-21st at Savannah Harbor, (STATE).

At the 2019 edition of the event, the Govs took runner-up honors on the strength of Michael Busse’s fourth-place finish.

Austin Peay State University follows that up with a trip to Lake Worth, Florida for the Southern Invitational, March 1st-2nd, hosted by Loyola-Maryland. The last time the APSU Govs trekked to Florida for a Loyola-hosted event, they returned victorious from 2018’s Fort Lauderdale Intercollegiate.

The remainder of March will see the Govs at the Bobby Nichols Intercollegiate in Sevierville (March 14th-16th) and the National Intercollegiate in Greensboro, Georgia (March 28th-30th). Then it’s on to a busy April that opens with the Murray State Invitational at Greystone Golf Club in Dickson, Tennessee, April 5th-6th; if that sounds familiar, it’s because Greystone has played host to Austin Peay State University’s annual fall tournament since 2016.

The APSU Govs also keep it local for the final regular-season event, a trip to Hermitage Golf Course for the Tennessee State-hosted Big Blue Classic. The Govs then take a week off before heading to Muscle Shoals, Alabama to battle for the 2021 Ohio Valley Conference Men’s Golf Championships held at The Shoals stop on the Robert Trent Jones Golf Trail.