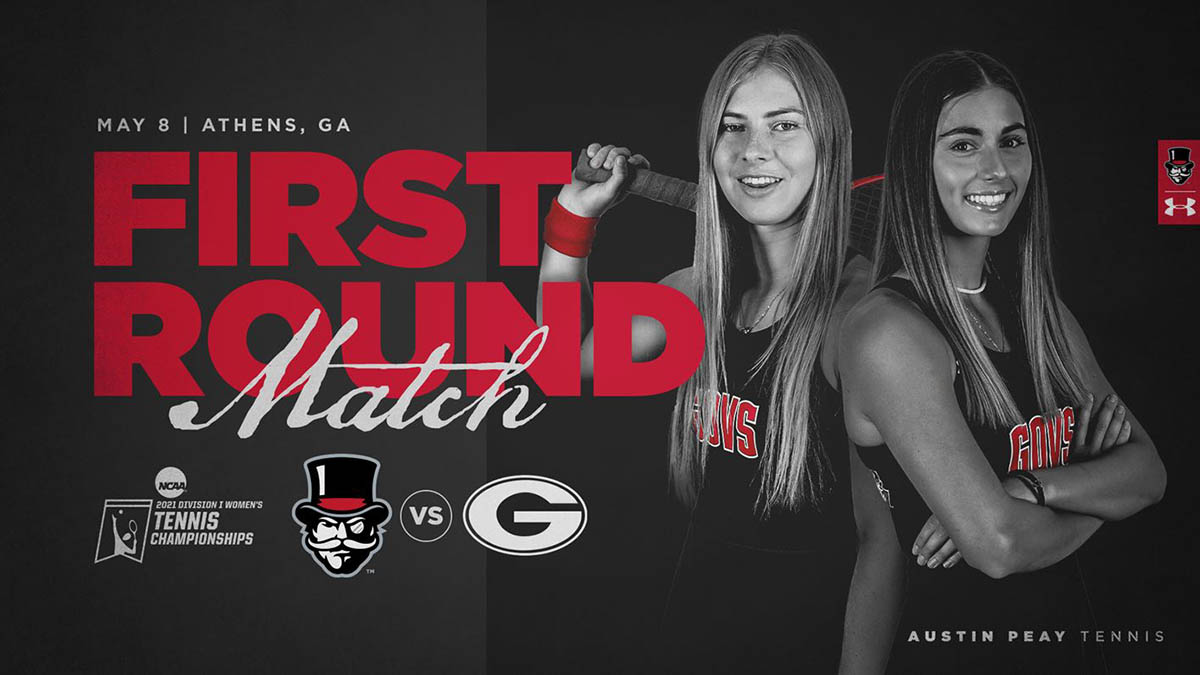 Indianapolis, IN – The Austin Peay State University (APSU) women’s tennis will begin the 2021 NCAA Women’s Tennis Championship with a first-round match against Georgia, this weekend, at the Dan Magill Tennis Complex in Athens, Georgia. 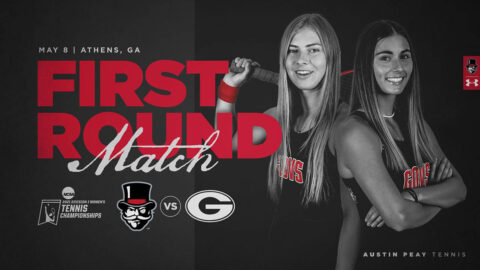 The APSU Govs dropped the doubles point to the Redhawks and trailed 3-1 halfway through singles play, but rallied to win the final three matches and successfully defend their title.

In singles play this season, Austin Peay State University was led by the OVC Freshman of the Year and First Team All-OVC selection, Jana Leder. The Remchingen, Germany native posted a 12-2 mark in No. 3 singles this season and has more singles wins than any other Gov since arriving in Clarksville in January 2020.

The Second Team All-OVC duo of Fabienne Schmidt and Danielle Morris led the Govs in doubles play, winning their first 10 matches of the season en route to a 12-2 record on the No. 1 line this season. In singles action, Schmidt went 10-5 and Morris went 9-5 while playing No. 1 and No. 2 singles, respectively.

No. 3 national seed Georgia won its eighth Southeastern Conference Tournament title when it swept nationally-ranked Texas A&M. The Bulldogs also won the SEC regular-season title, going a perfect 13-0 in conference matches this season. Georgia is led by head coach Jeff Wallace, who won his sixth SEC Coach of the Year Award during his 36th season in Athens.

Joining the Governors and Bulldogs in Athens are Furman and Wake Forrest. In Austin Peay State University’s last trip to the NCAA Tournament in 2019, the APSU Govs fell to No. 22 Wake Forrest, 4-0, in the first round at Georgia.

For more information about the NCAA Women’s Tennis Tournament, visit the NCAA tennis homepage. To follow the Austin Peay State University women’s tennis team and their NCAA Tournament journey, check back at LetsGoPeay.com or follow along on Twitter (@AustinPeayWTN).