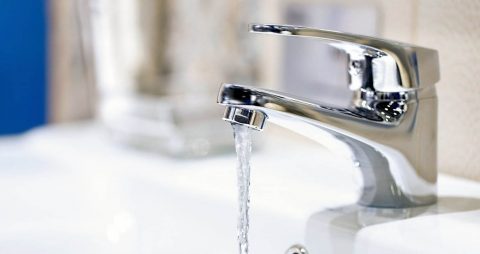 Gas and Water General Manager Mark Riggins told the City Council on Thursday that Clarksville must spend $177.5 million over the next several years to expand and improve the water system.

Another $70 million is needed to upgrade the sewer treatment system, including some $14.5 million to add a sophisticated sludge-drying system at the wastewater treatment plant. The drying equipment will decrease Gas and Water’s output of sludge, alleviating volume and odor issues at Bi-County Landfill.

The big-ticket item on the project list is $138 million to build a long-planned second water treatment plant. And some of the work to the sewer system is overflow mitigation projects, which are needed to comply with state consent orders.

“State regulations require that we add a new water treatment plant when our current plant reaches 80 percent capacity, and because of our growth and success as a community, we’re very close to that point,” Riggins said.

The City has purchased a site for a new North Clarksville water plant on the Cumberland River off of Barge Point Road. Some $6.8 million has already been spent for the land and to begin engineering and design of the new water treatment plant. The City’s sole water treatment plant, off Ashland City Road/US 41A Bypass, will be expanded one last time, but then it will have reached its physical capacity.

“We have a tremendous amount of work scheduled to keep our water and sewer systems performing at the necessary levels, and these rates are designed to generate sufficient revenue to cover our future costs,” Riggins said.

The rate study was conducted by Raftelis Financial Consultants Inc., a leading utility management consulting firm. Rates were analyzed on whether a customer is inside or outside the City and based on three classifications — residential, commercial, and industrial.

The rate increases would be phased in over the next four years, with the first jump occurring July 1st 2021. Under the proposal outlined by Riggins, the average in-city residential water and sewer bill would increase $3.14 per month in the first year, and then increase each July 1st in smaller increments through 2024.

Similar percentage increases would occur to commercial and industrial rates. Proposed meter charges and rate tables for all classifications, plus a list of planned water and sewer projects, are available for review here.

“Our goal over time is to continue to align in-city and outside-city rates,” Riggins said. “But, because of how our rates have historically been structured, we can’t do that all at once.”