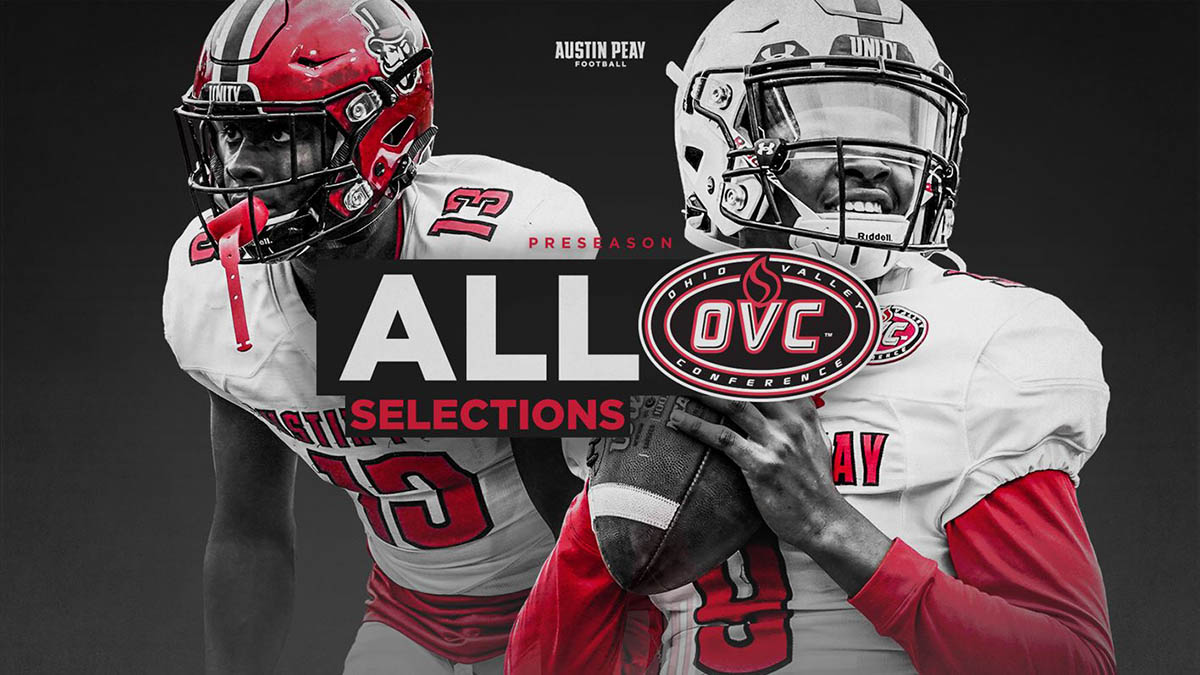 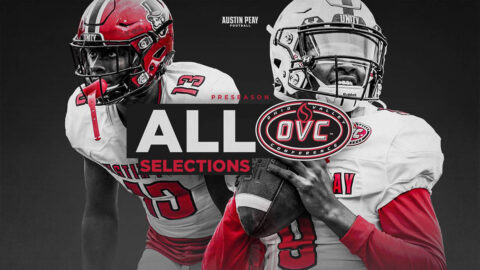 In the league’s preseason order of finish, Austin Peay State University was picked to finish tied for second in the seven-team race.

Murray State earned the nod for preseason favorite with Southeast Missouri picked to finished tied with the Governors.

Joining Jackson and Ellis on the league’s preseason team were offensive linemen Bucky Williams, Colby McKee, and Seth Johnson along with linebacker Jack McDonald. Murray State had 10 preseason team selections while Southeast Missouri and Tennessee State each had seven selections.

Ellis, the Spring 2021 OVC Co-Freshman of the Year last season, returns after taking over as starting quarterback in the spring and leading the APSU Govs to a 4-2 record in league play. He finished the season ranking 11th among FCS signal-callers in touchdown passes (14) — third-most among FCS freshman quarterbacks.

Williams, McKee, and Johnson were the workhorses of an offensive line unit that played most of the spring without much backup on the sidelines. Still, they allowed only 6.67 tackles for loss per game and only 1.78 sacks per game, both numbers ranking among the FCS’ Top 60.

McDonald again led Austin Peay State University with 70 tackles in 2020-21, ranking 10th among all FCS tacklers. His 8.7 tackles per game were fourth-best in league action, where he also ranked second in tackles for loss (1.42/game) and ninth in sacks (0.42/game). McDonald posted double-digit tackle totals three times during the OVC schedule, including a season-best 13 tackles at Southeast Missouri.


Austin Peay State University enters the upcoming season ranked among the FCS’ Top 25, with Hero Sports tapping the Govs No. 18 in its preseason rankings. The Governors have been ranked nationally in each of the past three seasons.

Under head coach Scotty Walden, who took over the program last November, Austin Peay produced a 4-2 record last season en route to a third-place league finish. Looking ahead to his first full season, Walden will seek to continue the APSU Govs recent success which has seen them post a 21-9 mark in OVC play in the last four years – the most OVC wins in any four-season stretch in program history.

Governors fans have until August 15th to purchase their season tickets and receive benefits for the upcoming season. The fall 2021 slate features five games in Fortera Stadium, with a season ticket getting fans in the gate for as little as $8.00 a game. In addition, season ticket holders are eligible for a new selection of special gifts. For those looking to get in on the action, securing those seats is the first step in joining one of the best gameday atmospheres in college football.