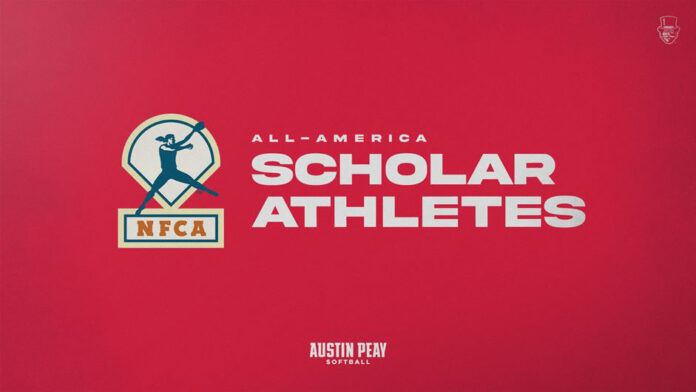 To be selected as an Easton/NFCA Scholar-Athlete, student-athletes must achieve a 3.5-or-better overall GPA on a 4.0 scale for the school year and this year’s selections brings the Govs all-time NFCA Scholar Athlete total to 63.

Nationwide, over 8,800 student-athletes (NCAA DI, DII, DIII, NAIA, junior colleges and high schools) were named Easton/NFCA All-America Scholar-Athletes, the highest total in the Association’s history and the second-consecutive year achieving the 8,000-plus plateau.

This past school year, the Governors posted an overall team GPA of 3.53, the 75th best team GPA in NCAA Division I, with the players passing a total of 442 class hours. Each player averaged 14 hours passed in the fall and 13 hours passed during their regular season in the spring semester.

Leading the way for the Govs were Kelsey Gross, Emily Moore and Brett Jackson, who posted perfect 4.0 grade-point averages, while Kendyl Weinzapfel (3.96) just missed a perfect GPA for the year.