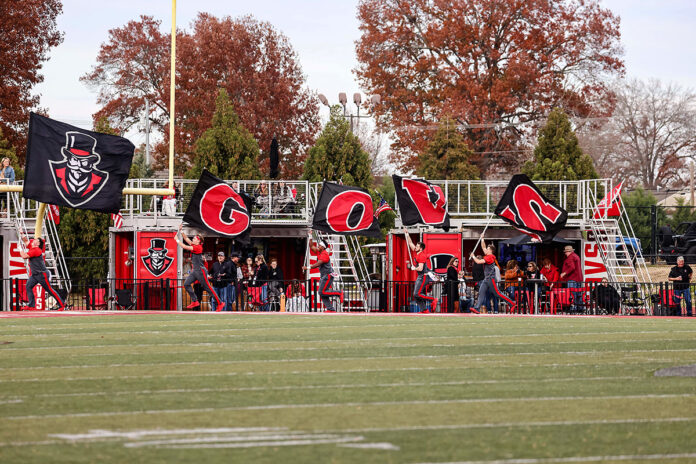 For the third time in the last four years and eighth in program history, the APSU women’s golf team took home the OVC Team Academic award. The women’s golf program’s eight Team Academic honors are the most since the league introduced the award 17 years ago.

Including this year’s total, Austin Peay State University programs won 43 OVC Academic Achievement Awards since the award program started in 2004-05. The awards are presented annually in each conference-sponsored sport to the member institution’s team with the greatest percentage of its eligible student-athletes that achieved a 3.25 grade-point average or higher.

The honor caps an impressive week academically for APSU student-athletes, who earned a program-record 36 Academic Medal of Honor nods and 164 named to the Commissioner’s Honor Roll for the 2021-22 academic year.