HomeOpinionIt's all about the pipelines
Opinion

It’s all about the pipelines 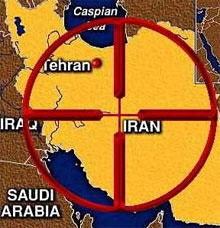 Okay…so it’s discovered that one of the largest remaining untapped resources, of the most lucrative commodities on the planet, lies beneath an area on earth which is landlocked by surrounding countries who don’t like you.

But in order to get that commodity out to market – so that you can profit from harvesting it – you need a major highway or two to the nearest seaport where you can load it on big boats and ship it off to world markets.

Problem is: those aforementioned surrounding countries. Those highways will have to traverse their land and they’re not going to just let you do it.

What’s a Western capitalist to do!

In this case, the commodities in question are known as hydrocarbons, or as you and I know them; oil and natural gas. 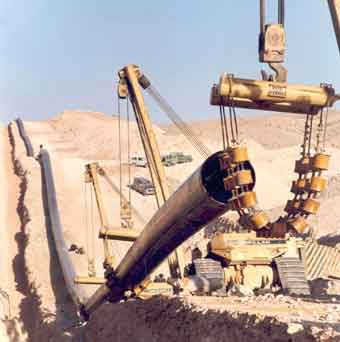 Those highways you’ll need to transport it to seaport and waiting supertankers are called pipelines.

And the area on earth which has long been well known to industry experts to harbor these last vast and mostly untapped quantities of hydrocarbons is known as the Caspian Basin.

In the late 1990’s now Vice President Dick Cheney famously stated to a meeting of oil industrialists: “I can’t think of a time when we’ve had a region emerge as suddenly to become as strategically significant as the Caspian.”

So lets review so far. The Caspian Basin harbors what is largely considered to be one of the most significant as-yet-untapped resources of oil and natural gas on the planet, and so Western oil industry giants want their hands on it.

Problem: it resides in a landlocked region, far from seaports and their waiting supertankers. Pipelines will be needed to get it there, but those pipelines will have to cross bordering countries that are quite hostile to the Western capitalist interests.

Pumping the hydrocarbons out of the ground won’t be a problem, thanks to the cooperation of the actual land-owners beneath which these reserves are found, and who are more than willing to partner with you in the great wealth that is to be made.

So it’s the pipelines that are the problem, or more specifically those who own the land over which those pipelines will simply have to travel.

A quick look at a map shows you that the two most practical seaport destinations for your great hydrocarbon harvest are in the Persian Gulf or the Mediterranean. So you’re going to have run pipelines from the lower Caspian Sea Basin to one of both of these seas.

A closer look at the map reveals which countries lay in those more-or-less direct paths. 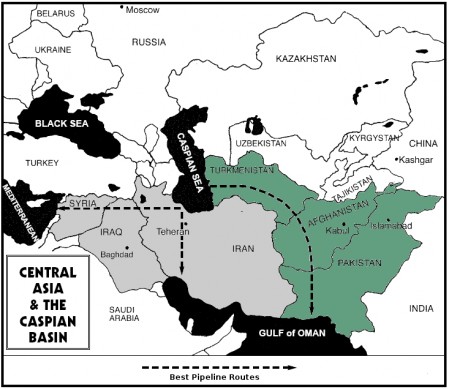 To get to the Persian Gulf you have to cross through Iran (the most direct route), or a longer way around through Turkmenistan, Afghanistan and Pakistan.

To get to the Mediterranean you also have to go through Iran, Iraq and Syria.

Do any of the countries ring a familiar bell since 9/11?

This isn’t rocket science. It’s oil industry science. You have to get the stuff out to market, and you can’t do that if the countries that surround your oil platforms are hostile to your interests. 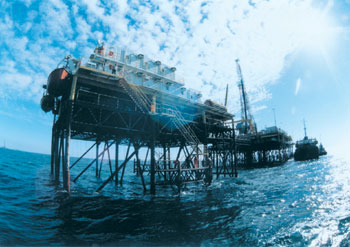 Let’s review. In order to harvest and then get the vast oil and natural gas to market, you’re going to need pipelines through the aforementioned countries, several of which, namely Iran, Iraq and Syria do not like you.

So what do you do, forget about all that oil and natural gas? Well, no. You’re going to harvest it, and make gazillions on it, one way or another.

There’s only one real practical solution: Conquer those countries which stand in your way, using the U.S. Government’s world military superiority to do so. And that’s exactly what they decided to do, long before 9/11 provided them with the “publicly acceptable rationale for doing so”.

Long before the events of 9/11 oil industry giants have been laying the framework for harvesting and profiting from the Caspian Basin resources. In that, the record is clear.

They even have managed to get some of their best representatives into power. Dick Cheney – who then convenes a secret cabal of energy industry leaders to craft a U.S. Energy Policy that will help them achieve these goals. And, of course the Bush family, a long time oil industry player. Talk about conflict of interest!

With Pakistan and Turkmenistan already somewhat friendly to Western Capitalist Interests, Afghanistan was in the near-term sights. (You’ve no doubt heard of the Afghanistan pipeline? Michael Moore touched on it briefly in his post 9/11 documentary.)

Along comes 9/11, giving these people just what they need to act militarily in their quest for Caspian Basin hydrocarbons, and a war is launched.

Iraq, of course, is also in the long term plans because of their related geography and a leader who is hostile to the U.S. He’ll simply have to go so we’ll work on him next. Ah yes…”a mushroom cloud” is just around the corner if we don’t.

With Pakistan and Afghanistan already in the bag, Iraq is the next logical step, and for a whole host of reasons. Not only do they need the land for pipelines, but there’s a pretty nice pool of oil under that ground as well. Not to mention that Saddam, a member of OPEC, was being defiant to the oil cabal by randomly increasing his oil output way above OPEC levels, sending oil markets into a roller-coaster ride that was reducing oil industry profits and really pissing off both the Saudis and Americans in the process. This was his only leverage in retaliation for decades of U.S. led sanctions which were devastating to his country.

Iraq would also hold special opportunities for Western Capitalist interests by completely restructuring the economy in favor of them. A new constitution which allowed foreign business interests to literally rape the country economically with no risk, rules or retribution.

Well, there are just so many profitable elements for Western Capitalist interests in conquering Iraq that you could write an entire book about it.

Of course, once you control the Iraq oil fields, you can turn off (yes, I said TURN OFF) the oil spigots, reducing OPEC oil output to a desired minimum and driving oil prices through the roof. Notice what’s happened to the price of oil since we gained control of Iraq’s oil? The primary goal with Iraq’s oil was not simply to steal it, but clearly to control it’s flow in the short term to make more money for Western Oil interests. 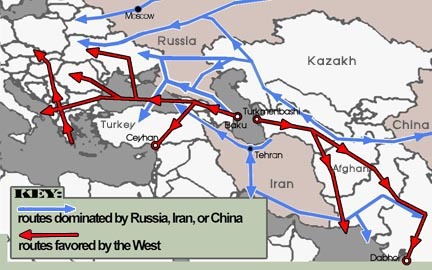 Even from the beginning you’re heard the U.S. Government talking trash about Iran and Syria, once again that time-tested and proven chant about “a mushroom cloud”. Works every time!

There’s been no doubt even before we invaded Iraq that Iran and Syria would follow next. It’s only been the matter of time it takes to develop the political clout to make it happen, and sell the American people on the supposed reason why. The very same reason the worked for Iraq.

Make no mistake, we’re in the Middle East because of oil. If it wasn’t there – and nobody disputes this – we wouldn’t be either. But it goes so much further than what oil lies beneath Iraq or Iran. Those are just icing on the cake, along with the trillions of dollars of taxpayer money funneled through crony capitalism to private and corporate interests.

You know, that old “military-industrial complex” thing, now revised as the “military-industrial-media complex”. CNN, of course, became a household name thanks to the first Iraq war. War means huge profits for the big media companies as much as it does for the immense defense industry, etc. Not to mention that both are often now owned by the same interests.

The real golden egg here is what’s laying in the Caspian to be harvested by Western Capitalist interests. And that’s not trivial thing. We’re talking tens of trillions of dollars by conservative estimates alone.

This also isn’t news. It’s been out there openly for decades. But nobody wants to believe that the U.S. Government has become so corrupted by the private quest for wealth and power, so cynical that they would actually use our military might, and sacrifice thousands if not millions of innocent lives in the process, to achieve those goals of wealth for those who elite upper class interests which have the power to shape, if not utterly control, U.S. foreign policy for personal greed.

If you’re one who can’t bring yourself to acknowledge, let alone believe, that this could happen, then keep your head in the sand where it is.

But if you only use your head to look at the simple facts, and remember that governments through the ages have all done this very same thing, then it becomes all too clear what’s happening in our name.

I’m no world expert, I’m just a guy in Fresno, CA. But I’m not stupid either. I can read, I can hear, and I can objectively see what goes on in the world. There is no doubt that the quest for greater wealth and power drives the human existence, and ultimately corrupts people, organizations, and governments. This isn’t rocket science. This is obvious.

It’s about oil all right. It’s about how much of it is sitting under the Caspian Basin, and more than anything it’s about what it will take to get the oil out to necessary seaports in the Persian and the Mediterranean. Afghanistan, Iraq, and soon to include the governments of Iran and Syria are all in the way of these pipelines, and they’re being systematically conquered for this purpose. Not to mention all the extra money-making goodies that come along with it. 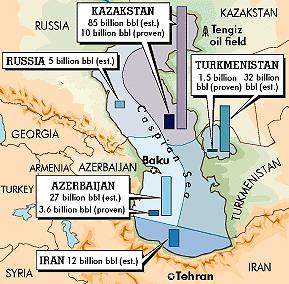 Iran and Syria will be next, under the same lying threat of a “mushroom cloud”. They’ve been on the list from the very start.

This is all part of a decades-long plan to both secure drilling rights in the Caspian, and then build the pipelines to get it to the supertankers.

And you know what, this all makes more sense, is more logical, than any other explanation for what’s going on. Ideology inevitably takes back seat to the quest for wealth and power, or is used to justify its means. It’s become a tool by those who want to get something, in order to sell it to the emotions of others who’s support is needed in order to effect it.

We went into Afghanistan, Iraq, and shortly will Iran and Syria because of oil all right. But not in the sense that most people think. Until, that is, you learn the greater picture here. At its roots, it’s the Caspian Basin resources, and a way to get them out to market.

The author Cufford is a diarist at the Daily Kos web site. He resides in Fresno, California.