“Lighting Up the Cumberland,” Now THAT’S a spectacle!

Cumberland City’s “Thunder On The Cumberland” proves itself a worthy sequel. 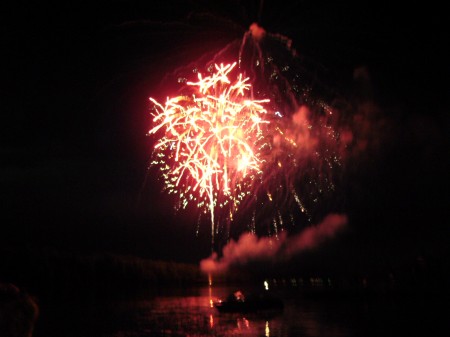 Cumberland City changed the date of their annual fireworks show honoring our Independence Day holiday. Normally held the last weekend of June to avoid conflict with well-known displays by larger communities, this year Cumber City went with the actual holiday to stage its fireworks spectacle. There was some confusion in regions beyond the immediate community. Some folks thought they had missed this year’s event. However, late inquiries provided the correct schedule and the crowds came out in force. They were well rewarded for their determination to attend this show. Well paid indeed! Very well paid, in fact!

The celebration festival was preceded by a parade through Cumberland City’s business district and a multi-locale collection of vendor sites, entertainment stages and rides for the young at heart. A petting zoo was also on hand to thrill young minds and hearts. The cooler weather made the afternoon activities easier to bear than had been the case with Clarksville’s production just 24 hours before. 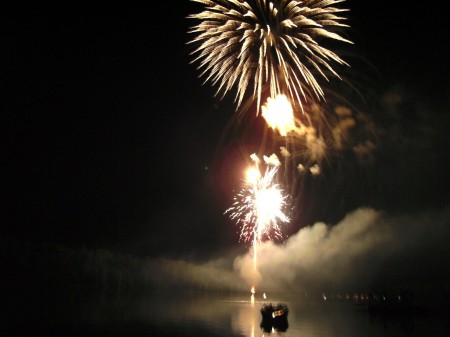 The fireworks show is the central focus of Cumberland City’s Independence Day celebration. Booms and crackles dominated the night as wondrous bursts of light and color bombarded the senses of those lining the shoreline and observation sites along the river and through out the city’s thoroughfare. This is no small time event. If you’ve never witnessed their spectacle, make plans to join your neighbors in Cumberland City in 2009 for the next “Thunder On The Cumberland.”