Martin, TN – On the surface Austin Peay’s bid to open the 2010-11 Ohio Valley Conference at 6-0 would seem to be a mismatch when the Governors face UT Martin, 6:00pm, Monday.

Meanwhile, UT Martin enters the contest amidst a five-game losing streak and is winless in the OVC at 0-5.

But the Govs cannot be fooled by the UTM record. This Skyhawks version is much improved over last season’s near-disastrous campaign (4-25 overall/1-17 OVC). The Skyhawks already have as many wins this season as last. Defending OVC champ Murray State had to come from behind in the second half to defeat the Skyhawks back in December. UTM also narrowly lost at Tennessee, 68-62. Then this past Saturday, they came so close to that first 2010-11 OVC win, falling 67-64 to Tennessee.State, which is currently tied for second place. 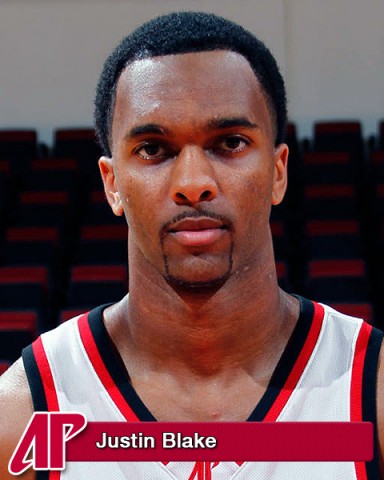 The Governors, meanwhile, will attempt to maintain the momentum that they started building prior to the Christmas break. The Governors are amidst their first five-game winning streak since the 2007-08 season. Defense has helped key the surge.

In fact, APSU held Murray State to only 42.1 percent (24 of 57) shooting, the Racers worst shooting performance since losing to Oklahoma State back in November. It was the sixth time in the last seven games APSU has held the opposition to less than 45 percent shooting.

Offensively against the Racers, the Governors finally got the perimeter output they had seeking from sophomore guard Justin Blake. A year ago, Blake was an OVC force from the outside, but a preseason groin injury slowed his progress. He nailed five three pointers against Murray State to finish with a game-high 15 points.

What You Should Know…

The Series: This is the 88th meeting between the two Ohio Valley Conference foes, Austin Peay and UT Martin, with the Governors holding a decisive 63-24 advantage. The Governors won both of last season’s contests, 90-72 in Clarksville, January 7th, 2010 and 74-69, February 4th in Martin.

Gentry Center, Nashville, TN – Tennessee State snapped a three-game losing streak, Saturday, by defeating UT Martin, 67-64. The win improved TSU to 4-2 in the OVC. If the Govs’ 5-0 start is the OVC’s top story this season, TSU’s 4-2 second-place record may be the second-best story under secondyear coach John Cooper. The Tigers were picked to finish seventh in preseason OVC polls. A key addition  has been 6-7 forward Kenny Moore (14.4 ppg, 7.4 rpg), a Midland CC teammate of TyShwan Edmondson. Forward Robert Covington (13.5 ppg) is back and Patrick Miller (11.2 ppg) is the leading freshman scorer.