An anonymous tip was called into 911 about Buchholz being at Wal-Mart and that he was going to get on the interstate and leave the area in a red Ford Explorer. The Tipster did not state which Wal-Mart, so officers headed to all three to look for Buchholz. 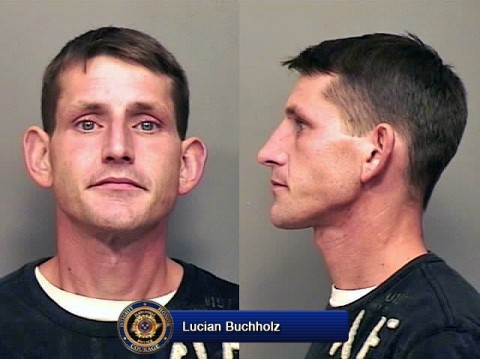 Around 1:07 pm, Officer Mike Alexander spotted the red Ford Explorer at the Sango Wal-Mart; it was unoccupied. Officers kept the vehicle under observation until Buchholz came out, then took him in custody.

For more on the story, see: Clarksville Police are Looking for an Aggravated Robbery Suspect