A Good Time was had at the Taste of Shiloh Saturday 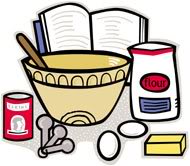 Two long counters were filled with too many foods to list.

Rebecca Hudson of the Taste of Shiloh Cookbook committee opened the event, inviting guests to join in the raffle, cookbook sales, and especially food.  Reverend Greg Jones blessed the food and guests were encouraged to try the various food offerings.

Reverend Jones performed a few songs for the crowd, starting with a cover of the Taj Mahal classic, “Goin’ Fishin.”

Later in the evening, Reverend  Jones  invited all the children in the crowd to join him on the stage for songs like “She’ll Be Coming Round the Mountain,” and “Old McDonald.”

State Representative John Tidwell joined the gathering and spoke briefly, introducing himself to the group as their representative, even though they didn’t vote for him. As a result of redistricting, he is now the representative for the Palmyra area and is making an effort to get to know the residents and invite them to contact him if they have any concerns.

Finally, a raffle was conducted, where guests won prizes such as embroidered aprons, baked cooks, gift baskets, and tickets to a John Michael Montgomery concert.

The event concluded with final words by Rebecca Hudson.

The “Taste of Shiloh” celebrated the upcoming cookbook with a smorgasbord of the recipes featured in the cookbook.